OccupyGh.com
Home Entertainment VIDEO: Sarkodie should calm down, his branding is becoming too much –... 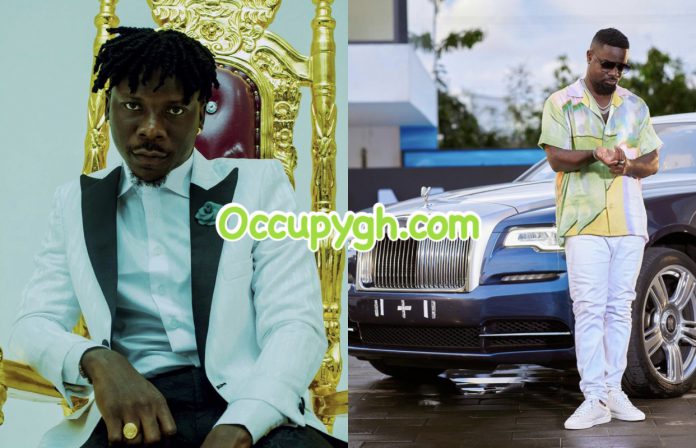 Ghanaian Dancehall Act, Stonebwoy has thrown shots to Rapper Sarkodie weeks after an incident occurred at the rehearsals of Sarkodie’s virtual concert.

A few weeks ago, there were rumours that they have been an exchange of blows which resulted in a bloody moment between Stonebwoy and Angel Town (Sark’s Manager)

In a recent interview with Stonebwoy, he expressed that he was highly disappointed in Sarkodie for reporting him to the police knowing very well that he was there in the first place to support and show him love. He added that, just as a family man like Sark is, he should’ve even thought about his family and what they’ll go through before taking him to the police.

According to him, Sark is someone who likes to brand himself in a type of way even if he’s at the wrong side, so he advises that he (Sarkodie) calms down when it comes to some things.