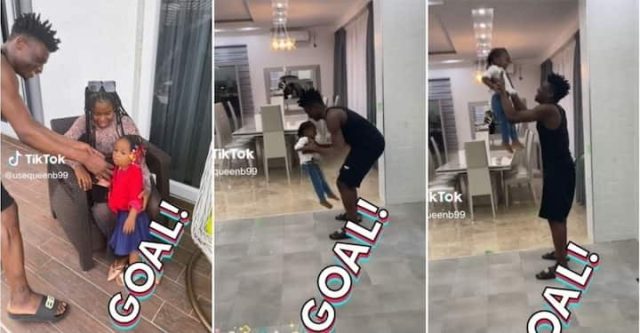 Mohammed Kudus has won the hearts of his fellow citizens with his spectacular display during the current FIFA World Cup competition.

Many Ghanaian women have come out in the open to express their love and admiration for the young man and the football legend.

But as soon as a video of Kudus hanging out with a woman and a child appeared on social media, many Ghanaian women’s romantic dreams of being in Kudus’ arms were instantly destroyed.

In the video, Kudus sat next to the woman and joyfully threw the child into the air while playing with him. Many ladies thought the woman was his wife because of how happy he looked. They made humorous comments to express their annoyance.

View the video below: