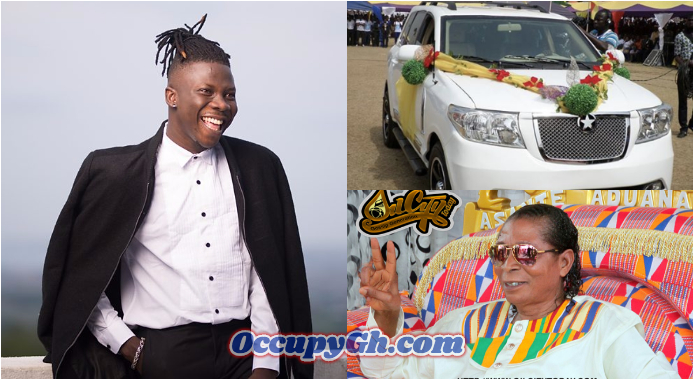 Dancehall artist Stonebwoy yesterday,5th March 2019 celebrated his birthday and headlined a concert at the Labadi Beach. (Video below)

The Independence Concert organised by Stonebwoy was an event to serve as a warm-up for music enthusiasts for the next day’s 62nd independence anniversary celebration.

It happened to also be the birthday of the ‘ Bawasaba’ hitmaker as he had an unofficial party at the event.

At the Independence concert, Stonebwoy was presented with a brand new car from Ghanaian car manufacturing company, Kantanka Automobile as a birthday gift.

In a video circulating on social media, Stonebwoy was seen receiving the keys to the car from a Kantanka Automobile representative on stage at the Independence Concert.

Stonebwoy who was excited about receiving the made-in-Ghana car showed the keys to his fans and called on them to support Kantanka cars.

“I’m so honoured to be the one driving that car and I’m going to drive the car to promote what we have. VW was made in Germany and it was once a local company and we bought into the idea so why are we refusing to buy into the idea of Nana Safo Kantanka?

“I am gonna drive that car even if you think all the superstitious things,” Stonebwoy stated amid cheers from his fans.

Video can be seen below:

In this article:Katanka Cars, Stonebwoy