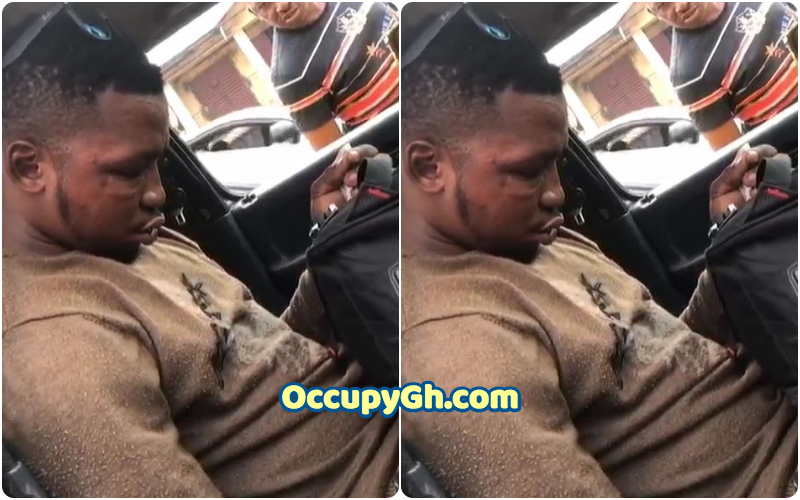 Video Of 'Trotro' Passenger Who Refused To Wake Up Surfaces Online

Here is a viral video of a guy who went into ‘a deep sleep’, and refused to wake up when the ‘Trotro’ bus arrived at its last stop in Lagos state.

Passengers and driver of the commercial bus tried waking the said guy with multiple taps and slaps, all to no avail.

It is not clear if this happened before or after their journey, but a crowd quickly gathered at the scene to try to wake him up.

“Na sleep be this”, a concerned passerby could be heard in the video. “Put your hands in his nose first”, another concerned passenger told the driver.

This apparently, caused a mild panic at the bus-stop until someone came with water, which woke him up.

“Oga, which kain sleep you come sleep”, a passerby inquired after he ‘came back to life’.