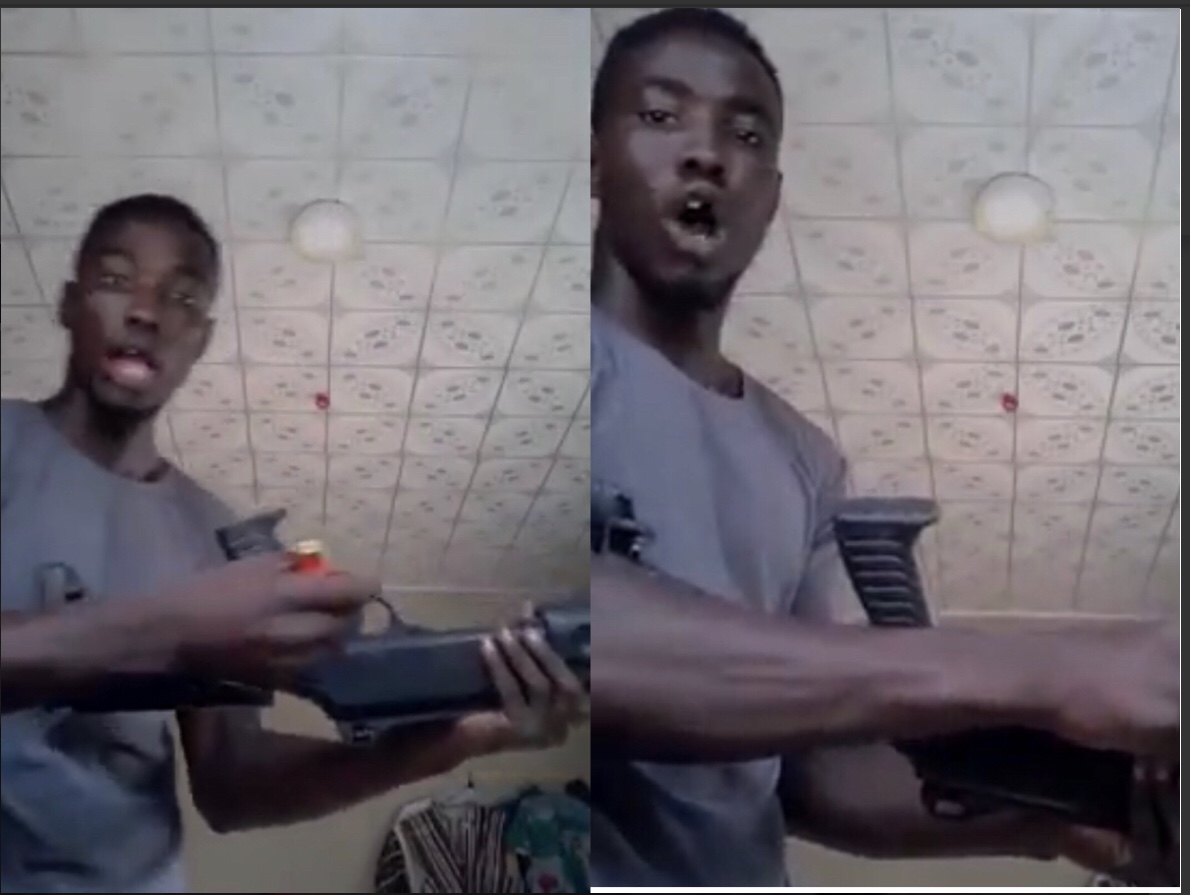 The Ghana Police Service has issued a statement after they arrested a man who brandish a gun on social media with a whole lot of threats.

“The Police Intelligence Directorate, yesterday, Monday, November 22, 2021, arrested suspect, Nii Ponponsuo, after seeing a viral video in which the suspect was captured loading a pump-action gun with cartridges and making threatening utterances”

BREAKING:  Angry Man Almost Killed Friend With Cutlass After He Smashed His Car In An Accident (VIDEO)

“The Police after reviewing the video conducted a special exercise that led to the suspect’s arrest from his hideout. A search conducted led to the retrieval of one 12 bore SB pump-action gun. Currently, he is assisting the Police investigation and will be put before court tomorrow, Wednesday, November 24, 2021”

“The Police Administration would like to continue to caution the general public, especially, individuals who have a penchant for the display of weapons and issuing threats to desist from such unlawful acts. Anyone arrested will be dealt with according to law” 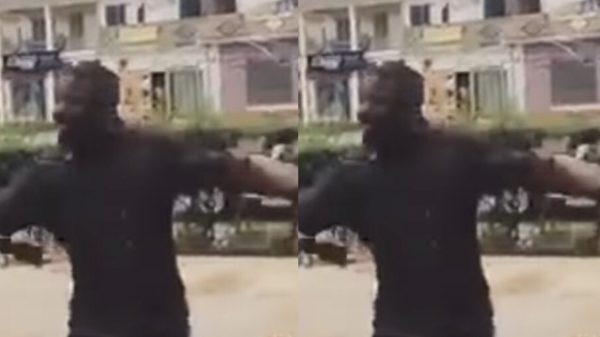 VIDEO: Woman Badly Battered By Her Boyfriend Forcing Her Into Facial Reconstructive Surgery

A young woman identified simply as Cristal has shared a video of her badly battered face by her boyfriend which has forced her into... 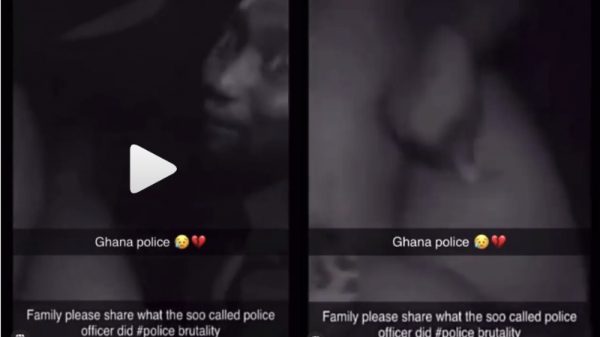 A police officer, General Lance Corporal Victor Antwi Yeboah, who was involved in an alleged sexual assault captured in this viral video on a...