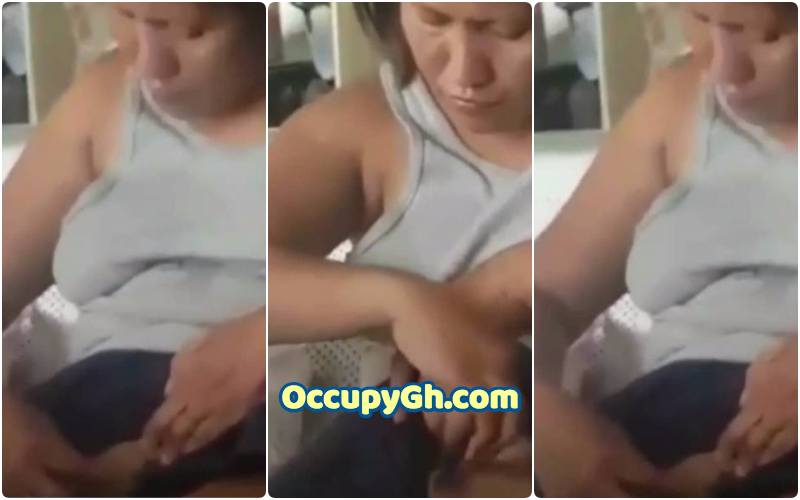 This woman was filmed casually sitting, shaving her private part and when she finished, she simply adjusted her sitting position as if nothing happened.

Check out the video of the woman shaving her private part in public below:

A similar incident happened just recently in Florida where viral video showed a woman shaving her legs at a public pool in Florida.

The video showed an unidentified woman sitting by the edge of a pool, shaving her legs as children swam nearby. The children did not appear to notice the quick shave.

The people who captured the moment on the video were heard saying, “Oh my God! This lady is shaving in the pool!”

“I hope she doesn’t shave her hoo-ha next!” the woman recording was heard saying.

Fortunately, the video cut off at that time. The video was uploaded to Reddit on Monday where it received more than 55,000 upvotes and 1,600 comments. However, the post was later locked which barred people from adding additional comments or upvotes.

“Of course this happened in Florida. It’s the trashiest state in the union,” one social media user wrote.

“Yeah I used to work at a public pool and for whatever reason, they attract the worst of humanity. I would never swim in a public pool after that experience,” another person wrote.

It was not immediately clear where the public pool was located or if there were any rules posted by the pool. The Orlando Sentinel reported Florida has “extensive statutes regarding pool safety” which include swimmers to bathe before entering a pool and “no spitting or bodily fluids in the pool.” However, there appear to be no statutes against shaving in a pool.