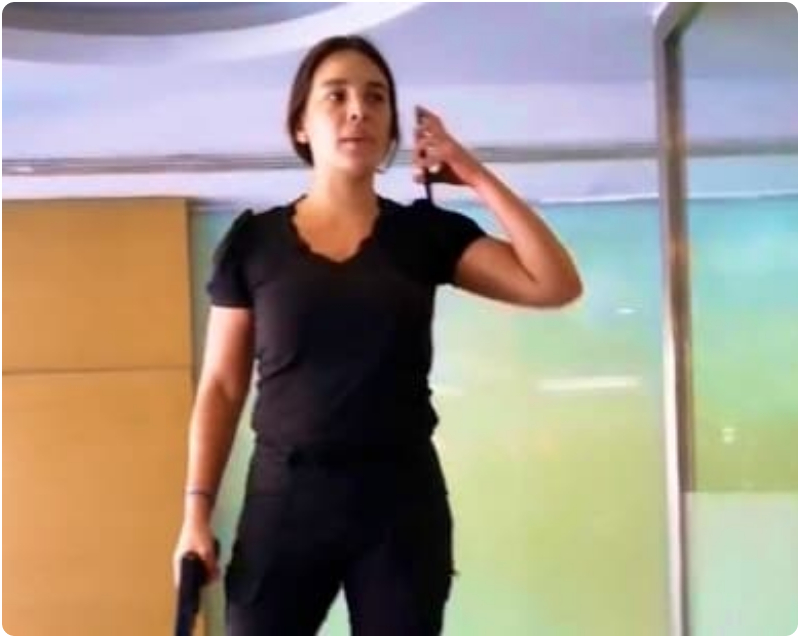 A Lebanese woman, Sali Hafiz, has reportedly robbed a bank in Beirut using a toy gun and made away with thousands of dollars.

According to the detail available to occupygh.com, this happened on September 14 in the capital city of Lebanon.

It was reported that she used a toy gun to steal her own money from the bank because she wanted to pay for her sister’s treatment.

Local media reports that the 28-year-old suspect’s sibling was diagnosed with cancer.

Hafiz live streamed on Facebook her robbery of a Beirut branch of Blom Bank, in which she could be heard yelling at employees to release a sum of money while entrances to the bank were sealed.

“I am Sali Hafiz, I came today… to take the deposits of my sister who is dying in hospital.

“I did not come to kill anyone or to start a fire… I came to claim my rights,” she said in the video.

The culprit, in an interview with a Lebanese broadcaster after the raid, said she walked out of the bank with about $13,000 of the $20,000 that her family had allegedly deposited.

According to the activist and interior designer, it was so that the family could pay for cancer treatment for her sister which costs $50,000.

Media outlets said Hafiz confessed that she had used her nephew’s toy pistol for the robbery operation.

An AFP correspondent who arrived at the scene of the crime said gasoline had been poured inside the banking hall during the heist, which lasted under an hour.

Hafiz and suspected accomplices escaped through a smashed window at the back of the bank before security forces arrived, the correspondent said.

Lebanon’s General Security agency dismissed rumors she had fled the country, just as her relatives said she was still on the run.

In this article:Crime, Sali Hafiz, Viral