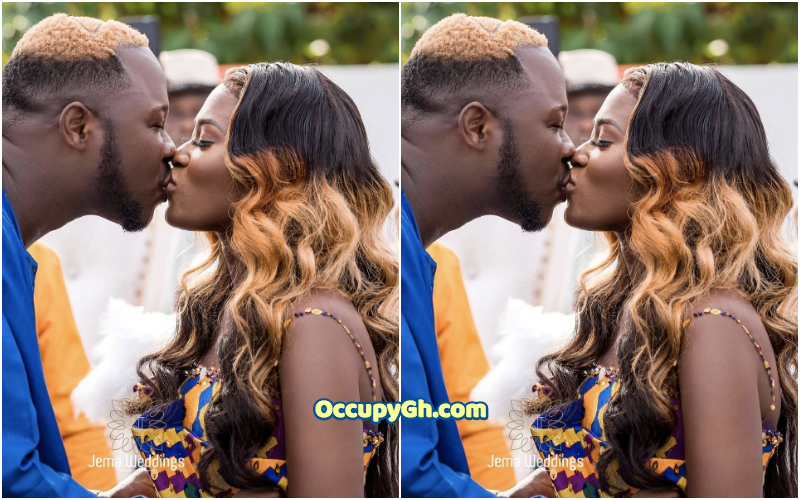 After all is said and done at the wedding, comes the honeymoon. First videos from Medikal and Fella Makafui on honeymoon just surfaced the internet.

Just after their back and forth drama of breakup, the much-awaited marriage ceremony between the most talked about celebrity couple has eventually come off.

In a live video sighted online, sensational Fella Makafui kept explaining herself that she is an actress and so saw the need to stage collapse to see the reaction of her then-boyfriend now-husband. Many social media users have described the act as barbaric and childish but in the live video, the actress sees it be normal.

She revealed that she is a hotel room with her husband Medikal and they are about to have fun and ‘do the do’ like couples do.

#Medikal on how y’all should start addressing #FellaMakafui