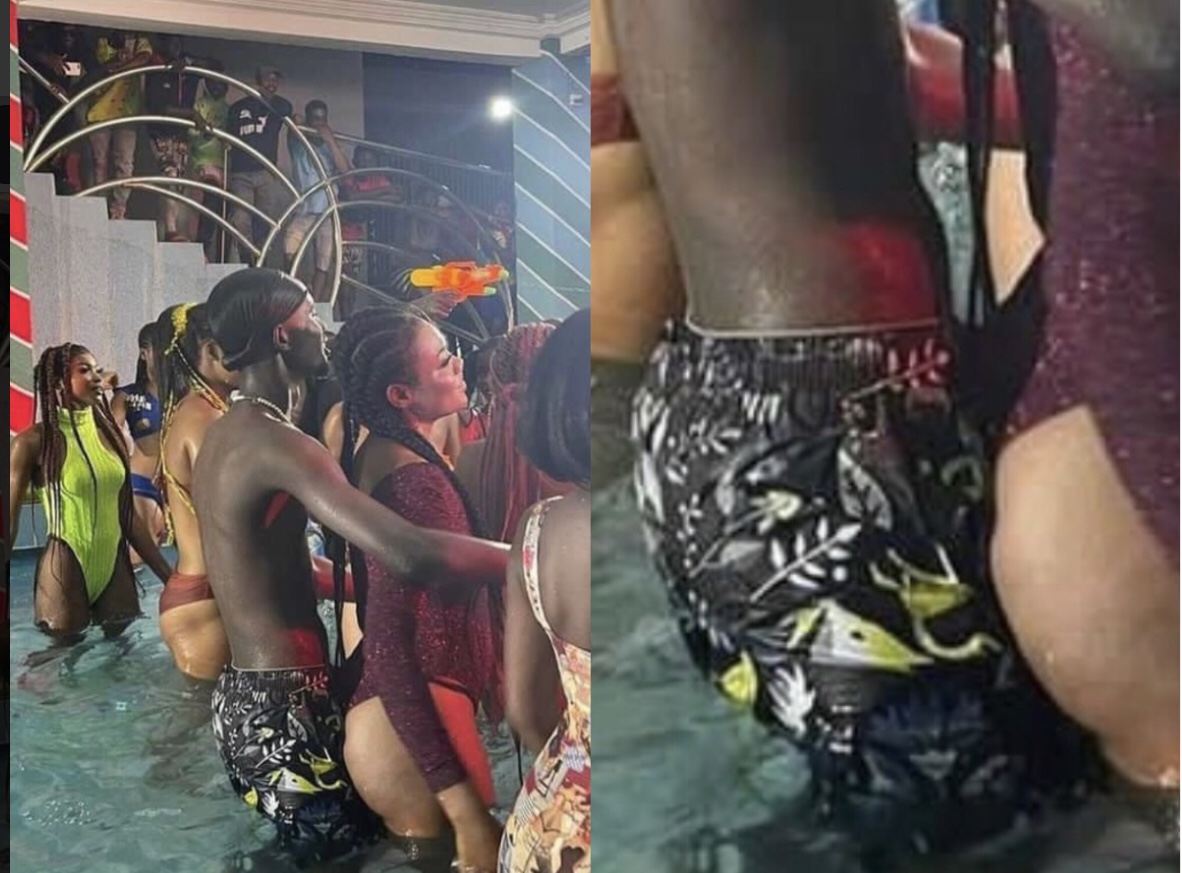 Mohammed Ismael Sherif popularly known with the stage as Blacko Sherif has been the most talked about and viewed artist this year who is the new discovery after releasing his 1st and 2nd sermons.

Black Sherif music is everywhere, he has really seen the limelight after Abeiku Santana prophesied about his big blow this year.

However, a rare photo of Black Sherif with a lady in a pool while grinding her surfaces online. This was captured during Yaw Tog’s “Fake Ex” Video shoot.

Black Sherif is doing the most