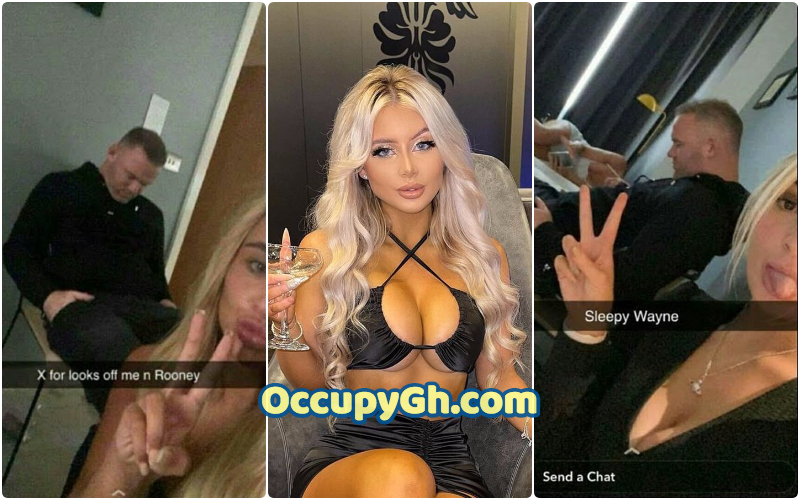 The women in a viral video with Wayne Rooney from the party to the hotel have finally reacted as they apologize to the Manchester United legend.

According to Rooney’s spokesperson, the three girls apologized and said they got ‘carried away’ after their chance encounter with the former Manchester United and England striker.

A statement released to The Mirror read: ‘The three girls who took the photographs contacted Wayne’s lawyers and volunteered to hand over all pictures that were taken that night and the copyrights in them.

‘They have also, at their own suggestion, made a written apology to him for the events that took place and the embarrassment caused.

‘These were three decent young women who went for a night out. They did not expect Wayne to end up in their company and are remorseful about how things turned out with the pictures.

“They got carried away and did something they later regretted. They did not expect it to end up in the mainstream media after it was posted on social media and they decided to take steps to put things right.

‘It would be wrong to say no money changed hands because when a contract is drawn up there must be a sum and in this case, it was a nominal £1.

‘They have fulsomely apologized because they wanted to do what they saw as the right thing and draw a line under the matter.’

Rooney reportedly met a group of women in the Chinawhite nightclub in Manchester before following them to their hotel, where they took photos of him sleeping.

After the images soon went viral on social media, Rooney, who is currently the manager of Derby County, alleged to police he was blackmailed over the photos.

In this article:Manchester United, Wayne Rooney