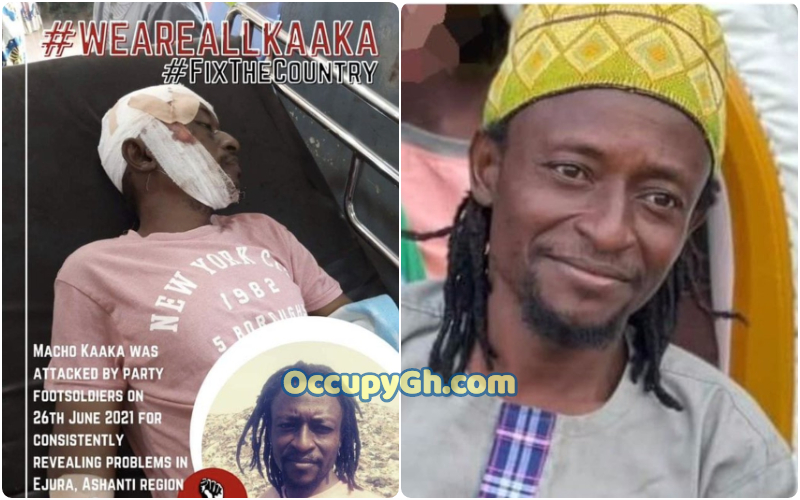 Social media throws support to Kaaka following news that he was murdered by some killers for his support in the #FixTheCountry movement.

Kaaka aged 45 was a member of the #FixTheCountry campaign. He reportedly got threat messages from some alleged supporters of the ruling NPP party for his massive involvement in the movement.

According to the details gathered by OccupyGh.com, Kaaka was was ambushed in front of his house when he was returning home on his motorbike at about 1:30 am on 27th June 2021. He was rushed to the Ejura Government Hospital and later referred to Komfo Anokye Teaching Hospital, where he died at midday 28th June 2021.

Suspects in his murder, Ibrahim Issaka alias ‘Anyaas’ and Fuseini Alhassan have however been arrested by the Ghana Police.

Netizens have however thrown support as they jump on a hashtag to ask for justice for Kaaka.

Check out some post below or visit OccupyGh.com for more related stories.