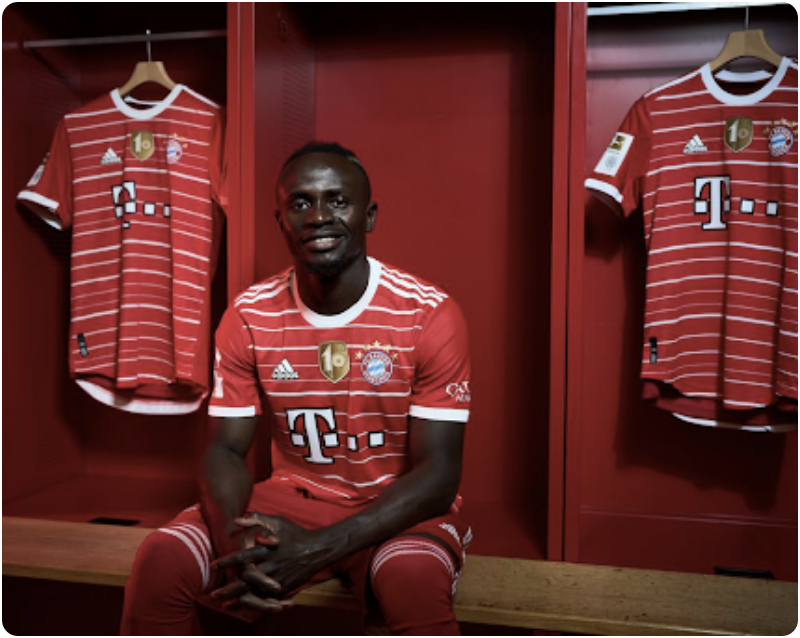 What Sadio Mané has to offer Bayern

Senegal’s Sadio Mané signed with Bayern Munich until 2025 and became one of the most attractive signings of the summer considering the excellent season he had with Liverpool.

His time in England was exceptional, and he won absolutely everything with the Reds, forming a very dangerous trio with Roberto Firmino and Mohamed Salah. At this last stage, he had a perfect understanding with the Colombian Luis Diaz, but he thought that his time in the Premier League was over and wants new challenges.

With Mane in their ranks, the German multi-champions have an offensive that puts them as one of the strong candidates to win again in Europe. That’s why going to https://bookmaker-ratings.in/bonuses/ to bet on them or your favorite team is a good idea to make the upcoming season more fun.

How he fits into the Teutonic team

His main position is left-winger, but there Bayern has no problems because Leroy Sané plays there and is immovable in the scheme of Julian Nagelsmann. He can also play on the right, but there is Serge Gnabry or Kingsley Coman. He can definitely help on the flanks, but he won’t play there.

Besides, the full-backs in the German team usually end up as attacking midfielders. Alphonso Davies and Benjamin Pavard go all the way to the back line to help in attack, and their physical strength makes them very good at coming back to defend.

The idea the manager has with Mane is different. Nagelsmann will use him as a center-forward. In Munich, they are used to a “9” like Lewandowski. He is a pure finisher who takes advantage of all the balls that fall to him, that’s why he has 30 goals a season.

With the Senegalese, they will gain in terms of generating play, because, although he is also a goalscorer, he is an assisting player and can get out of the box to create space for his teammates to take advantage of. Besides, his speed helps a lot to find a new way of attacking the counter-attack, something that was not possible with the Pole because he is not someone who runs very fast.

He also has the ability to play as a midfielder behind the striker, and that opens the window to play with a false “9” with Sane being the axis of the German attack.

Surely Nagelsmann has a lot of ideas because of all the characteristics the Africans have. He offers an extensive menu of attacking options that will make the German side very dangerous in international competitions as they dominate the Bundesliga at will.

Why did he leave Liverpool?

The reason for his departure from a place where he never thought he would leave was because he was happy. Or so it seemed.

Mane said he left because he never felt as appreciated as Salah or Virgil Van Dijk. For these players, the board immediately renewed their contracts, with almost a couple of years to go on their current commitments.

The Senegalese were made to wait until the final year of his Liverpool contract to negotiate an extension. He obviously didn’t like that, it made him feel displaced, especially as he had been the best player on the team and even a candidate for the Ballon d’Or.

But the breaking point in relations with the board and his coach was Klopp’s statements in December about the African Cup of Nations.

At the time, Liverpool was struggling in the Premiership and was losing Mane and Salah in January to play for their national team in the continent’s biggest tournament.

The German coach said he did not understand why they had to play in the Cup and that it was a minor tournament. He resented having to lose two of his lesser players and dismissed the Africa Cup.

This upset Mané very much because if there is one thing that is important to the striker, it is representing Senegal. He goes out of his way for his country, every chance he gets he travels to his country to open schools, and hospitals and give money to the people.

You never see him partying or buying expensive cars, everything he generates goes mostly to his country. Every call, no matter how small, goes with pleasure because for him wearing the shirt of his country is the greatest thing there is.

That’s why Jürgen Klopp’s statements made him explode. He decided that Anfield was not the place for him, because he felt unappreciated and because they insulted a Cup that is sacred to him.
Mane won the tournament with Senegal, and when he returned to negotiate his contract, he decided there was no way to fix something that broke.

His professionalism is impeccable. He kept quiet until the last game of the tournament because he didn’t want to create instability within the team, and he needed to stay focused because Liverpool fought for everything until the end.

At the end of the Champions League final where they lost against Real Madrid. The Senegalese told his teammates that this had been his last game with the team and that he was grateful for everything he had experienced with them.

In the Reds’ celebrations for the three trophies they won, he was seen to be a little distant. He is a born competitor and losing the Champions League hurt him, but it was also a farewell for him.

Coming to Bayern was an easy choice. The German team was always interested in him and showed their appreciation by naming the Allianz Arena after him. These tokens of affection mean a lot to the Africans.

How will Mane fare in Germany? With the level he showed last season, it will surely be spectacular.