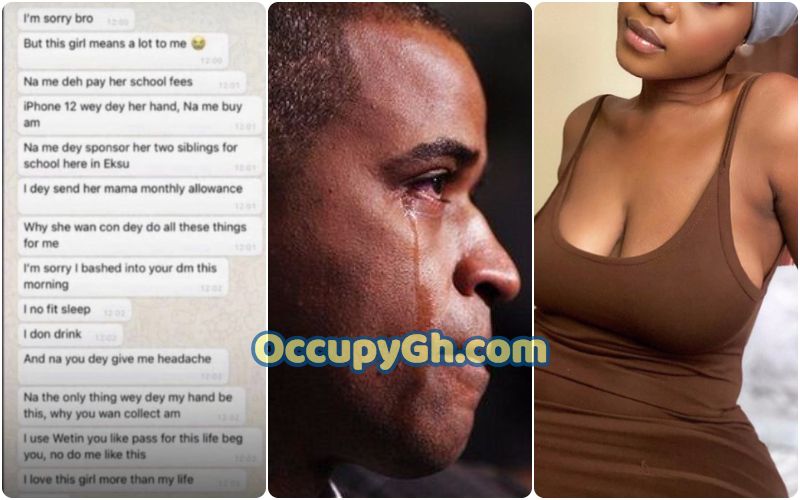 A WhatsApp screenshot chat that has just surfaced on social media and going viral captures the moment a young man was seen begging another man to leave his girlfriend alone.

In the chat sighted by OccupyGh.com, the man makes a passionate plea to another man, supposedly dating his girlfriend because of fears that she might dump him.

A Twitter user. @Kena_Ewuru shared the message which was screenshotted from the perspective of the man who was begged.

As can be seen in the conversation, the man who is begging shares with the other man how he has invested so much in the said lady because she means a lot to him, and it would be disheartening if she were to leave him.

He stated that asides from paying her school fees, he bought her an iPhone 12 for her, train her siblings in Ekiti state university, and also gives her mother a monthly allowance.

The affected man said he has not been able to sleep since he discovered that she is seeing another man.

Check out the screenshot of the WhatsApp chat below or visit OccupyGh.com for more related stories.

In this article:Relationship, Viral, WhatsApp