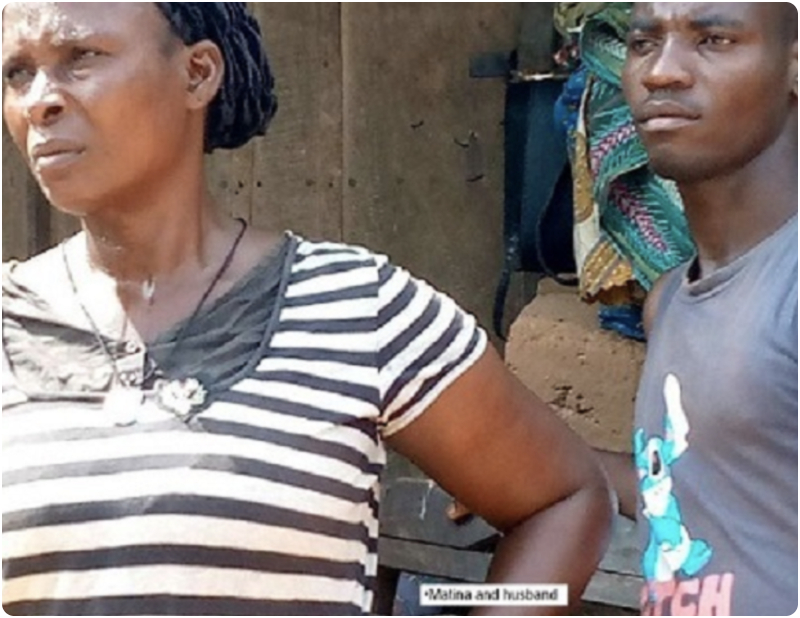 Why I Slept With My Son - Mother Confesses

A mother, Matina Agawua, has confessed her act of sleeping with her biological son.

This is true from a recent interview with The Nation she had.

The woman confessed to having slept with her son, to confirm if she is fertile.

She remarried years after the [email protected] of her husband but had difficulties having a child with her second husband, Mr James after six years of marriage.

The woman said her in-laws [email protected] to show her the way out on the ground of not being able to have a child for their son. “We had been married for more than six years but were still childless due to my husband’s fault, according to doctor’s report, and I was hearing from the grapevine that he was planning to take a second wife on the grounds that I could not give him a child.”

She said while she took fertility test, her husband did not deem it necessary to go for a medical check-up to ascertain the source of the problem.

She said she suspected that her husband was s#ffering from low spe#m count which made him unable to father a child as the test she took showed that there was nothing wrong with her. The woman said it was amid this cr!sis that she slept with her only son from her first marriage.

“Since he is not comfortable with us going for medical checkup on the assumption that nothing was wrong with him, I decided to convince my little son, who is just about 16 years old and schooling in Akwanga. I visit him regularly. He stays in a private apartment with my relatives, so I was going there to spend some time with them, especially on weekends when my market is off. It was actually difficult making love with my own son, but circumstances forced me to go into it. I needed to be sure of my fertility.

I know my husband very well. If he discovered I had an affair with a man outside, he would kill me.

“I love him so much and I’m afraid of him, so this evil plan kept ringing in my mind to know how fertile I am. I tried to visit my son in Akwanga mostly when I was on my ovulation period. I decided to develop a crush on him and draw him very close to me. We got intimate and ended up having s*x.

“One faithful day while I was on my ovulation period, I visited him. It was at about 11pm. I held his hand and made him sit beside me.

“I asked him if he had ever had s*x and he said no. I held him in my arms. This time, I felt warm and I think he too did. After that night, I felt extremely embarrassed, and guilty that I committed such an abomination with my own son.

“It was actually a taboo, but I warned him to keep it secret.”