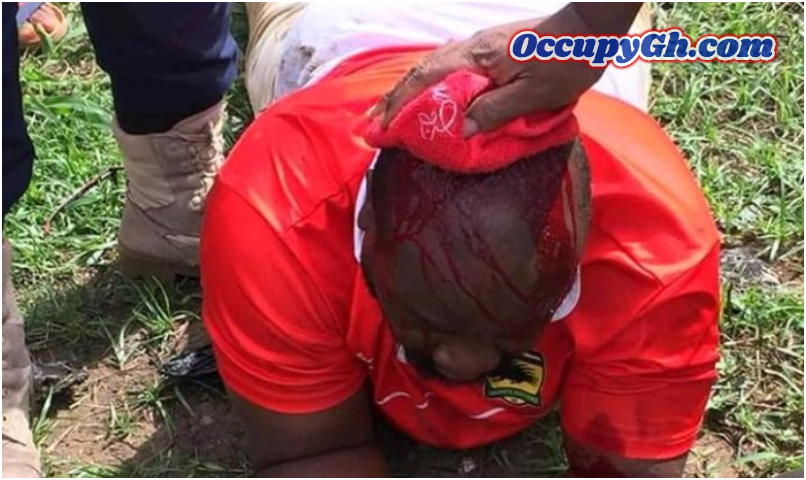 Policy Analyst of Kumasi Asante Kotoko, Mr Amo Sarpong was yesterday beaten to a pulp by an angry mob at the Golden City Park in Berekum in the Brong Ahafo region.

According to reports, Mr Sarpong was attacked after he reportedly fired gunshots at the provocative home crowd before kickoff of the clash between Berekum Chelsea and Asante Kotoko in the Normalisation Committee Special Competition.

It took Policemen on the ground to intervene swiftly to restore calm at the Golden City Park.

Mr Amo has since been taken to the hospital to receive treatment after sustaining serious injuries in the head.

After the 90 minutes of action, the game ended goalless.

In this article:Accra Hearts of Oak, Kumasi Kotoko FC, Lifestyle