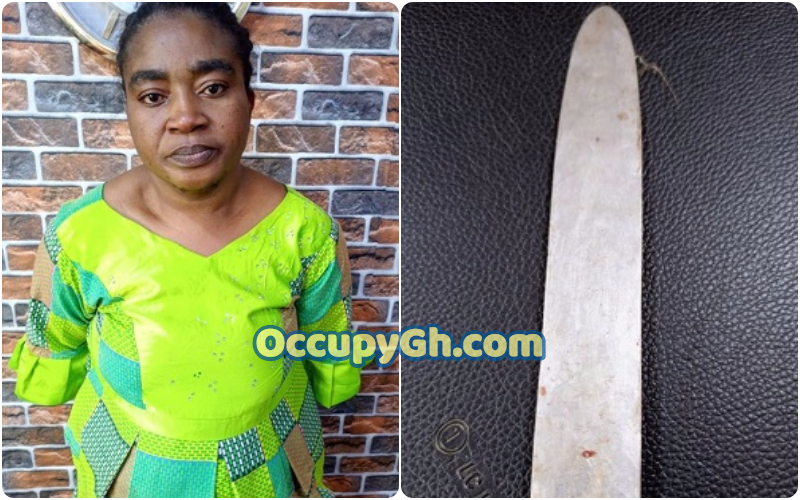 A Nigerian woman, Olanshile Nasirudeen, 47, has been arrested for allegedly stabbing her 51-year-old husband to death for impregnating another woman in Ijebu Ode area of Ogun State.

It was gathered that the suspect, a co-butcher and 4th wife of the deceased, stabbed her husband for impregnating a lady.

According to reports, Olanshile saw the pregnant lady at the abattoir and confronted her about why she had an affair with her husband.

This led to a heated argument between her and her deceased husband. She reportedly took a butcher knife and stabbed him at the back joint of his left leg, thereby cutting one of his veins.

BREAKING:  Sad As Onlookers Fail To Save Aged Man As He Jumps Off Bridge Into Sea (VIDEO)

He was quickly rushed to a nearby hospital for emergency treatment and was later transferred to Ijebu Ode General hospital, where he eventually died due to loss of blood.

Upon a distress call, the police stormed the scene but the suspect had gone into hiding before their arrival. She was traced and arrested in her hideout at the Mobalufon area of Ijebu Ode.

During interrogation, the woman claimed that her husband hit her first simply because she asked his pregnant mistress for her mission at her market stand.