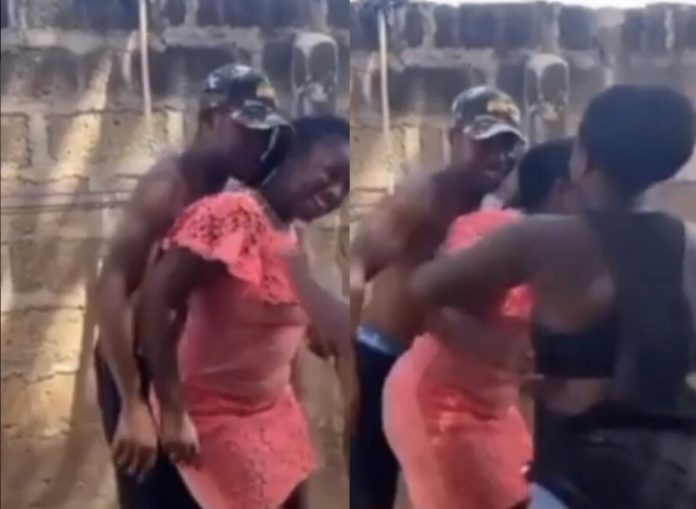 In a video fasting circulating online that has caused a massive reaction on social media as to is it bad for a wife’s sister to dance with her husband in a romantic style as in grinding?

Some women may overlook it because it’s their sister but some would probably get jealous. In a video going viral, a lady was seen dancing with a man, the man in the said video was grinding her smoothly.

Unfortunately, the sister of the lady stopped her immediately because that was her husband. She started to dance with her husband out of the blue and told him to grind her rather.

The sister joined them to dance again but she still stopped her. How bad she would feel.