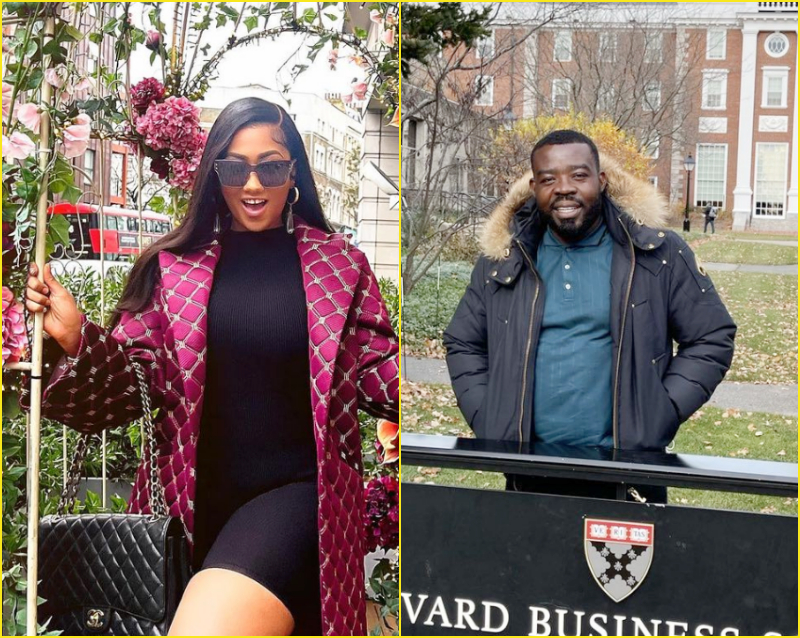 Online news portals have been dominated by stories about Hajia4Real/Mona 4Real, whose real name is Mona Faiz Montrage, who was reportedly detained by UK authorities after being implicated in a $8 million fraud.

She was detained on Friday, November 11, 2022, as a result of the dubious arrangement during her recent stay in the United States, according to the report. The United States has already outlawed Hajia4Real.

Following the announcement, Richard Nii-Armah Quaye has been the individual whose name has been associated with Hajia4Real’s case the most. He is allegedly the socialite’s conman beau.

Quick Angels Limited was founded by Richard, who also serves as CEO. He serves as both the CEO and Chairman of the Board of Quick Credit & Investment Micro-Credit Ltd.

According to his Instagram account, he portrays himself as an “Entrepreneur and Angel Investor with diversified business interests in Ghana and Africa.”

Richard Nii-Armah Quaye is said to have supported Hajia4Real’s lavish lifestyle and been involved in the alleged fraud scheme that led to her arrest last Friday in the US.

Another piece of information claims that Richard fled back to Ghana shortly after his purported lover Hajia4Real was taken into custody. To protect his head from the disgrace that hangs over him, he has fled and hidden.

Additionally, Richards’ lovely wife filed for divorce after learning about her husband’s relationship with Hajia4Real. The report also suggests that Richard’s wife and children are currently homeless.