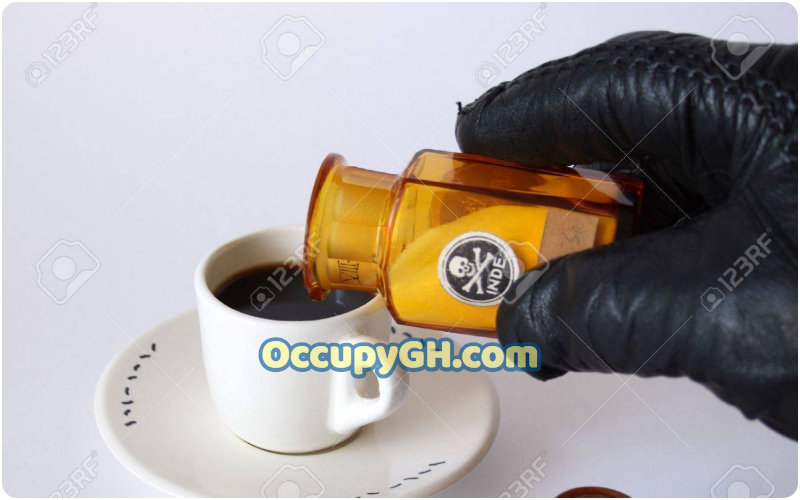 A 70-year-old woman has been arrested after she was captured in a video allegedly poisoning her husband’s coffee with ant and cockroach killer on more than one occasion.

The woman, a 70-year-old Suncha Tinerva of Queens in New York City was caught on video surveillance placing a “white powdery substance” from a bottle with a red cap and a yellow label into her husband’s coffee, according to a statement from Queens District Attorney Melinda Katz’s office.

“Tinerva retrieved the bottle from the cabinet under the sink and allegedly spiked her husband’s coffee on two or three occasions,” said Katz’s office. “On Jan. 14, 2021 at approximately 10:40 p.m. … detectives recovered a bottle with a red cap and yellow label from the spot under the sink.”

Authorities then discovered that the contents of the bottle allegedly contained 100% boric acid — a substance that is used to kill ants and roaches.

“People who have eaten boric acid have had nausea, vomiting, stomach aches, and diarrhea … Eating extreme amounts has resulted in a red, ‘boiled lobster’ like skin rash, followed by skin loss. People who breathed in borax had a dry mouth, nose, and throat. Coughing, sore throat, shortness of breath, and nose bleeds have also been reported,” according to the National Pesticide Information Center.

“Domestic violence is not limited to mental and physical abuse. The defendant in this case allegedly used deception to sicken her spouse,” District Attorney Katz said in a statement.

Judge Gershuny ordered Tinerva to return to court later this year on March 10 and, if convicted, Tinevra could face up to four years in prison.