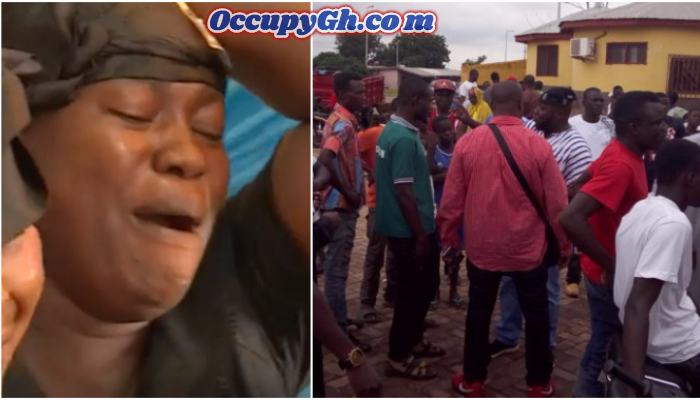 News reaching OccupyGh.com indicates that a woman had collapsed at Kwahu during the easter festivities all because she reportedly saw her husband who was supposed to be dead two years ago.

The woman, after seeing the husband, got shocked and alarmed, and so decided to monitor their every move. She trailed them to a guest house where they were said to be lodging for the festivities. Upon inquiry, the manager reportedly confirmed to the woman that the husband and the girlfriend had checked into the guest house the previous night.

The woman was said to have called the police to the scene to help address her confusion. However, upon arriving at the guest house, both the man and the girlfriend were found dead. “They came in very drunk and started kissing as soon as we gave them the keys but we don’t know what happened next,” the guest house manager said.

The police commander at Kwaku was said to have confirmed the incident in an interview with Joy FM.

“We rushed to the scene as soon as we received a call from the woman. We found her husband with a 25-year-old lady who was also dead. We believe their death was caused by over-excitement but were are still investigating,” the commander said.

OccupyGh.com, however, cannot verify if the said man was indeed dead as the wife claimed, or he had, in a way, fled home to be with his girlfriend. Perhaps, he had gone out of the house without ever returning, making the family attribute his absence to his death.

The woman was said to have collapsed and was receiving treatment at a private hospital. OccupyGh.com is currently following up on this issue and will update our cherished readers when new information come in.