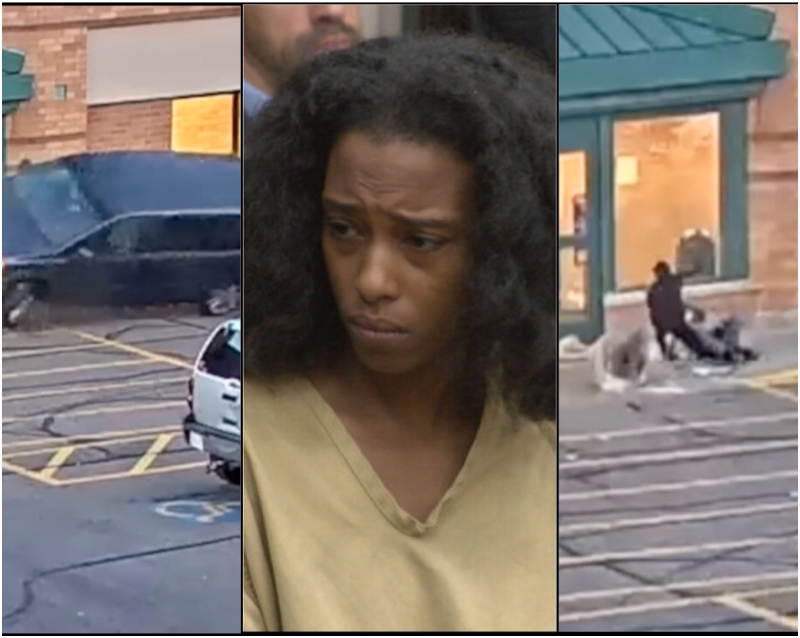 Woman Runs Over Boyfriend and Bystander For Suspicious Texts Message

A woman, Taah’viya Chapman, 24, hit his boyfriend, Jawon Lunsford, and a bystander according to a viral video that has just popped up on social media.

According to reports gathered, Chapman dropped off her boyfriend at a Cincinnati Kroger and while Lunsford was inside Kroger, Chapman went through his phone and found inappropriate text messages between him and her sister.

When Lunsford walked out of Kroger, Chapman then drove her van into him. At the same time Lunsford was walking out, an innocent bystander, Christopher Griffith, just happened to be there. While trying to hurt her boyfriend, Chapman ended up hitting Griffith.

58-year-old Griffith suffered injuries when he was hit by Chapman, which led to his sudden death at the University of Cincinnati Medical Center.

Lunsford suffered a broken leg from the incident.

In the video, Chapman can be seen exiting the vehicle and running over to Lunsford as he lies on the ground. The angry woman proceeds to punch her boyfriend multiple times while Griffith just lies there.

While Chapman was out of the vehicle, she left her and Lunsford’s 8-month-old daughter in the car alone.

Since Chapman left her baby in the car unattended, a grand jury has chosen to indict her on child endangerment charges on top of the charges of aggravated murder, murder, felonious assault, and attempted murder.

Chapman is possibly facing life in prison, and her 8-month-old daughter is currently with Lunsford.