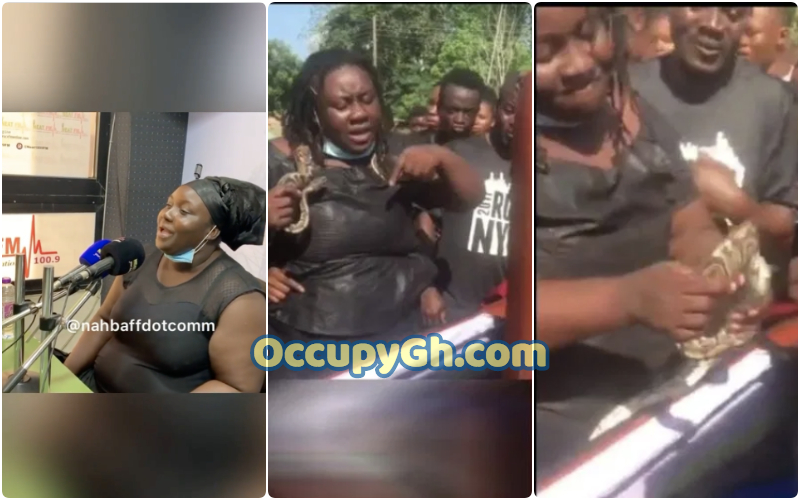 Woman Who Buried Husband With Snake Explains It All (VIDEO)

A woman who went viral in a video for burying her husband with a live snake has finally explained why she did so.

Speaking a live radio interview, the woman indicated that she did not do the task for spiritual reasons but for the love of her husband.

Indicating that the snake was a gift from her husband to their child while he was alive he felt it was necessary to bid him farewell with the same snake.

She further noted that her husband rears snake in their house and only had to bid him farewell with just one of the snakes which was a gift.

The interviewer was quick to reveal to her that burying her husband with a snake is just as being animal cruelty.