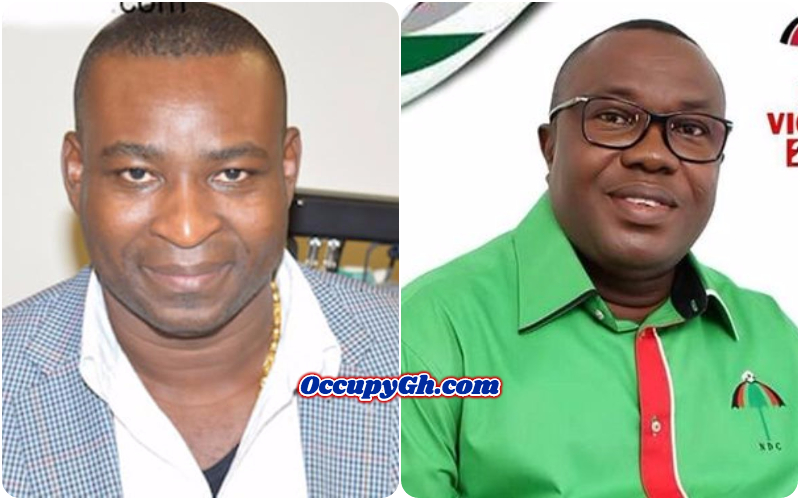 The Ashanti Regional Chairman of the ruling New Patriotic Party(NPP) Bernard Antwi Boasiako aka Chairman Wontumi has alleged that embattled Chairman of the opposition NDC party, Samuel Ofosu Ampofo has bought a Range Rover car for Seidu Mba, said to be a ringleader of kidnappers who abducted two Canadian ladies in Kumasi last week.

Moments after the news of the arrest of Seidu Mba by security operatives in a rescue exercise of the Canadian nationals on Wednesday, social media was awash with claims that the suspect is a known NPP supporter and a member of the party’s militia group, Delta Force. But the group has since denied him in a statement released Thursday.

The NPP has also made a series of claims alleging that the suspect is an NDC member and have cited instances where he’s reported to have engaged in incidents at the NDC regional office.

In an interview with host Kwaku Owusu Adjei on Anopa Kasapa on Kasapa FM, Chairman Wontumi insisted that the suspect Seidu Mba is a well known NDC supporter who always welcomes ex President Mahama whenever the latter visits Kumasi.

“…Even the last time ex-President Mahama came to Kumasi this same Seidu Mba was among the people who welcomed him, I’m sure we can get the footage from the security cameras at the Kumasi Airport. Recently the guy himself has been boasting that NDC Chairman Ofosu Ampofo has bought a Range Rover car for him.

“I’m saying he’s a known NDC man, he was involved in the recent shooting incident at the NDC Ashanti Regional office which left one person dead. So some NDC supporters out of anger stormed Seidu Mba’s boutique and burnt it, the matter was reported to the Police. The NDC cannot disown Seidu Mba simply because he’s been involved in a crime.”

Chairman Wuntumi continuing to rubbish claims that Seidu Mba is an NPP member said “how can an NPP supporter be so foolish to engage in Kidnapping to tarnish the image of government when his own party is in power. This is absolutely nonsensical, no known member or supporter of the party will do such a thing.”