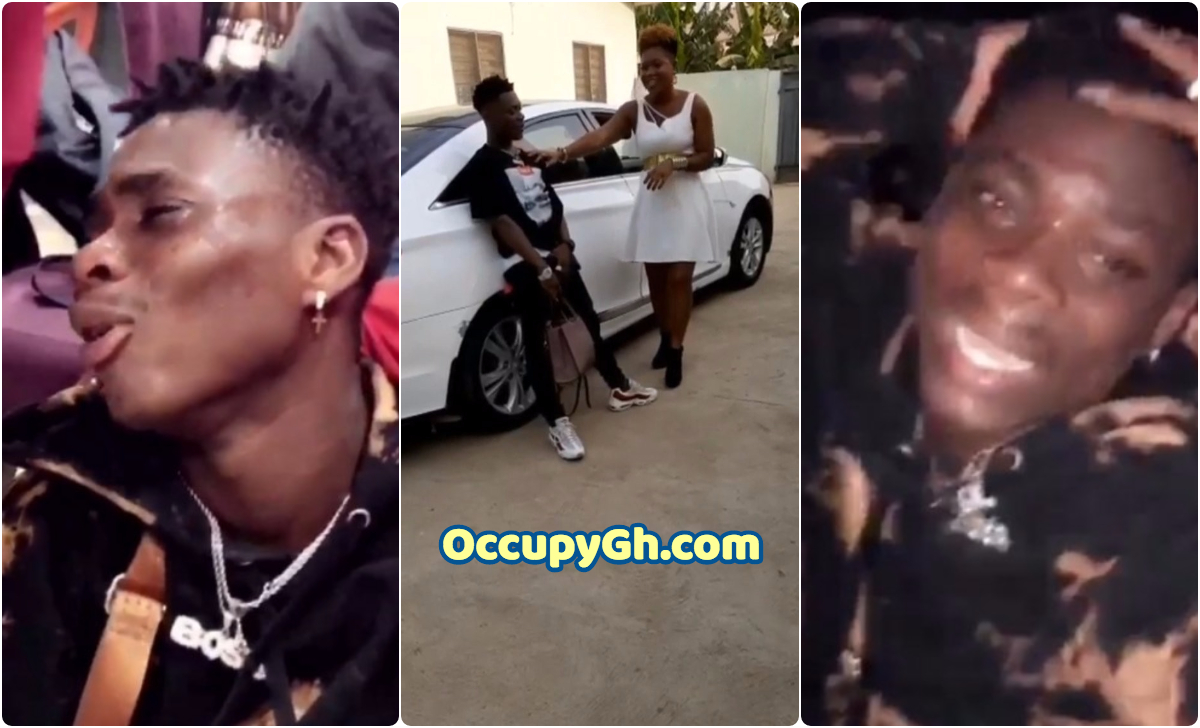 An alleged Sakawa Yahoo guy wept like a baby on the streets of Kumasi after his girlfriend chopped his money and cheated on him with a different guy.

In a video that is currently making rounds on social media, the alleged fraud guy could be seen flaunting wages of Ghana Cedis as she ‘Snaps’ with his girlfriend.

The two were also spotted chilling in town and making love publicly without minding any bad mind.

Just in a second, the fraud guy had a broken heart.

He was weeping uncontrollably in front of his friends while narrating his ordeal.

Explaining the ‘Yawa’ all by himself, the yet-to-be-identified guy noted that his girlfriend all this while had been cheating on him.

He said she was chatting another guy behind the scene and when he quizzed her on that, she angrily dumped him for the guy.

He sounded so sad and couldn’t let go of the amount of money he has spent on her when they were dating.

In this article:Relationship, Yahoo Boy