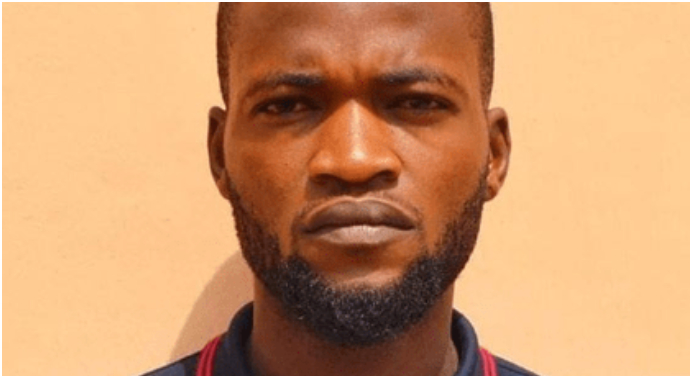 A court in Nigeria has sentenced one Adeniyi Ebenezzar (aka Mary Oliver) to four months in prison in a fraud charge brought against him by the Economic and Financial Crimes Commission, EFCC, Ibadan zonal office.

Justice W. O. Akanbi of the State High Court 3 gave the verdict in Osogbo on Wednesday March 13th after Adeniyi settled for plea bargain and his hitherto three-count charge was replaced with a lone-count charge of obtaining money under false pretense, contrary to section 1(3) of Advanced Fee Fraud and Other Fraud Related Offences Act 2006.

Operatives of the Commission had arrested him on December 5, 2018 after defrauding an American citizen, Anthony, of $100.
He had posed to his victim to be a white woman with the name Mary Oliver, using same to extort his victim.

“That you Adeniyi Ebenezzar (A.K.A. Mary Oliver) sometimes in 2006, at Ilesha within the jurisdiction of this Honourable Court by false pretence and with intent to defraud, obtain Gift Card worth $100 USD (One Hundred United States of America Dollars) through your email [email protected] from one Anthony, a United States of America Citizen when you falsely represented to him that you are a white woman by name Mary Oliver and other false pretences which representation you knew to be false and thereby committed offence.”

Though, the term of the plea bargain was to the effect that Adeniyi would bag seven months imprisonment with effect from his day of arrest, the judge used his discretion to commute the sentencing to four months, also from the day of his arrest.

Part of the conditions of the plea bargain was restitution of the One Hundred Dollars back to the victim, and forfeiture of two Tecno mobile phones, one iphone 6X plus mobile phone, one Philips Wrist Watch and other items recovered from him in the course of EFCC investigation of him.

In this article:Crime, Lifestyle, Yahoo Boy