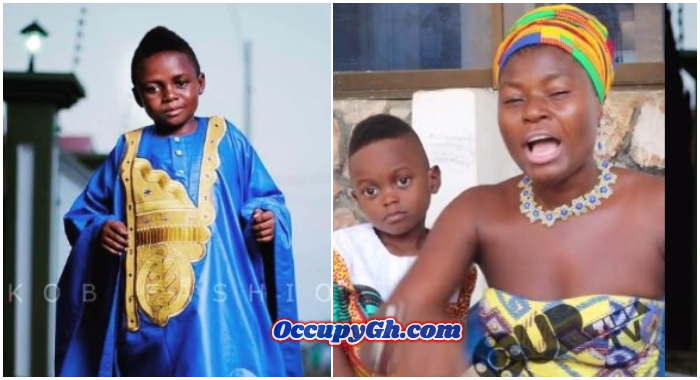 Kumawood actor, Yaw Dabo in a recent reaction to the video of the woman, Akua Adom, accusing him of impregnating and abandoning his 5-year-old child says he is ever ready for a DNA test to prove his innocence.

Yaw Dabo in an interview on Neat FM once again denied the allegations and disclosed that he has no idea of how this woman got the guts to disgrace him on social media.

According to Yaw Dabo, all he wants from the lady is a confession that she lied to the world and once that is done, he will drop all charges against her.

Yaw Dabo added that if she doesn’t confess for the world to know the truth in the allegations, then he will leave it to the police to enforce the law.

Yaw Dabo is ready to go all out for a DNA test and according to him, if the DNA test happens that he is not the biological father of the child then all the expenses he’s made on the case will be paid by the woman.

Asked what will happen if the woman is unable to pay, Yaw Dabo answered that he will leave that to the law enforcers.

Watch the short interview below.

In this article:Infidelity, Relationship, Yaw Dabo