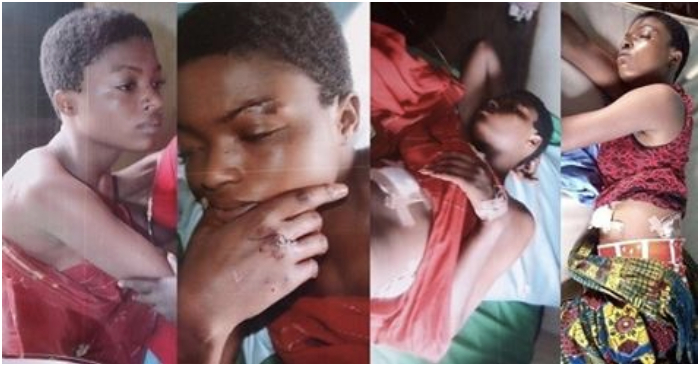 A young promising beautiful girl has passed away after she was stabbed by her ‘estranged boyfriend’ for allegedly ending their relationship.

The deceased has been identified as Ulumma from Imo state, and she was reportedly attacked by her ex-boyfriend last week Thursday.

The boyfriend has since been identified as Chibuzor.

She was rushed to the hospital where she was treated till she finally gave up the ghost on Monday, April 1st. Report has it that the suspected killer has been arrested and is in police custody. She died days before she was billed to write her Senior Secondary School Certificate Examination (SSCE) on April 11th.

Chibuzor pori(the killer) Even if they later release you from police custody it will never b well with you for causing little Ulumma such Pain. Am a living witness ulumma told you she was never interested in d relationship and u vow that d relationship will b by fire by force..

Chibuzor (the killer) you seek for my advice so many times and I told u to let her go that they are other beautiful girls outside besides that girl is tender but u insist it must be her.. Now you have cut her life short you killed her dreams you make her and her family wallow in pain from Thursday last week till April 1st when she finally gave up ghost.

BREAKING:  Lady Jubilates After her Husband Found Out His UK Side chick Is A Transgender

Ulumma is suppose to start her ssce Exam on 11th but you send her to early grave before the Exam .. Pori y? I hate u for this I pray u never return, I pray u rust there, I pray u never make it to see sunlight again..What pain me most is that u hv d guts to go to the girls family house To stab her, what her crime? She said she is no longer interested in d relationship..

You are not d one training her what is d thing or how much have u spent on her that made u do dis, so many times d girl parent have made her stay far away from home so that u wunt see her but u will trace where she is and start disturbing her to an extent I advice her to report to d police .. I regret ever knowing u chibuzor I never knew u where this wicked and hrtless.. Chia Rip Ulumma Do not sleep fight till justices take place..