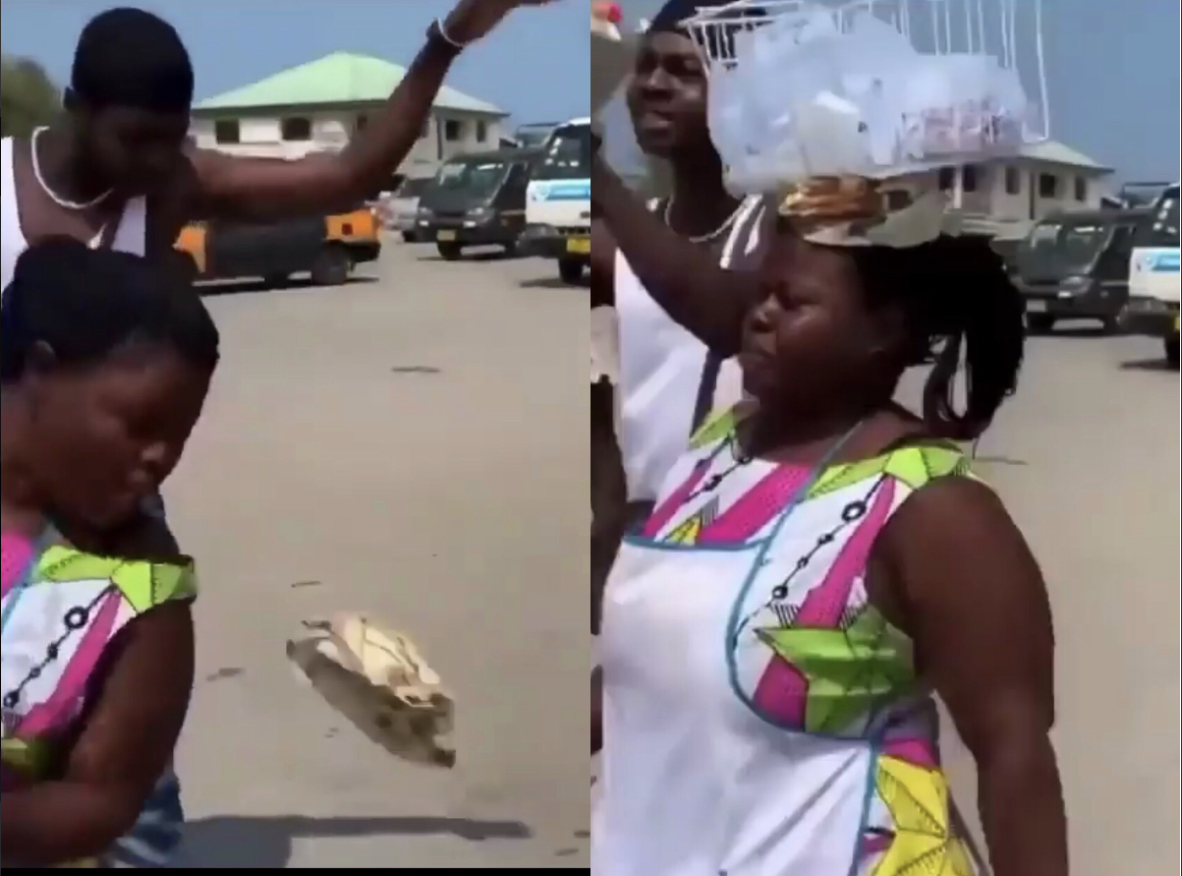 Black Sherif’s 2nd Sermon Music has been a hit song after its release. It is trending on all social media and music platforms.

In a space of 5-days, he reached 1 million views on Youtube with his 2nd Sermon video.

Many Tik Tok users have been replicating him after he released his video. Black Sherif is known for his aggression and seriousness anytime he is shooting a video as they normally say he is battling “poverty”.

However, in a video going viral on social media, a young man was captured while replicating Black Sherif’s 2nd Sermon video in a market center but his replication went wrong.

Unfortunately for him, he got himself into debt. He accidentally poured down a sachet water seller’s goods. In the short video, you could see how the seller reacted.