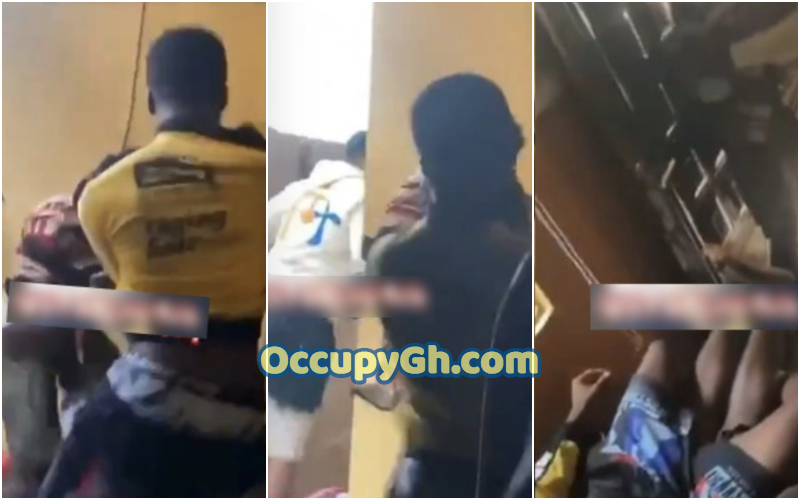 A young man has fought his best friend for sleeping with his girlfriend according to a viral video privy to OccupyGh.com.

In a video circulating on social media, the two young men were exchanging blows over a woman. According to reports, one slept with the other guy’s girlfriend, and the affected one confronted the treacherous friend.

As if the argument over a lady was not enough, they both got into a fierce fight with one being brutalized like a goat.