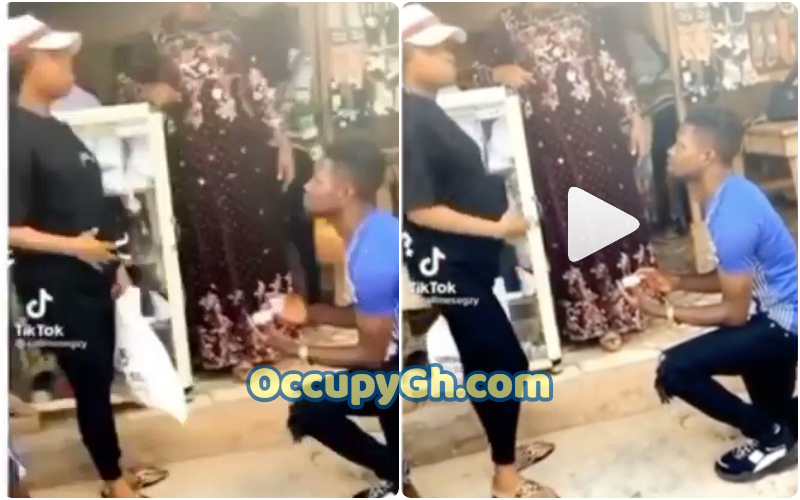 A young lady has declined his boyfriend’s proposal after the young man proposed marriage to her in public.

Citing the size of the boyfriend’s P£n!s, she abruptly declined the young man’s proposal.

This is from a viral video that has just surfaced on social media.

In the video, the guy was seen kneeling on his knees and asking the lady to marry him but the lady who claimed she loved the boyfriend shouted ‘NO’ to decline the proposal.

The lady who wanted nothing close to marriage abruptly said:

In this article:Marriage Proposal, Relationship, Viral