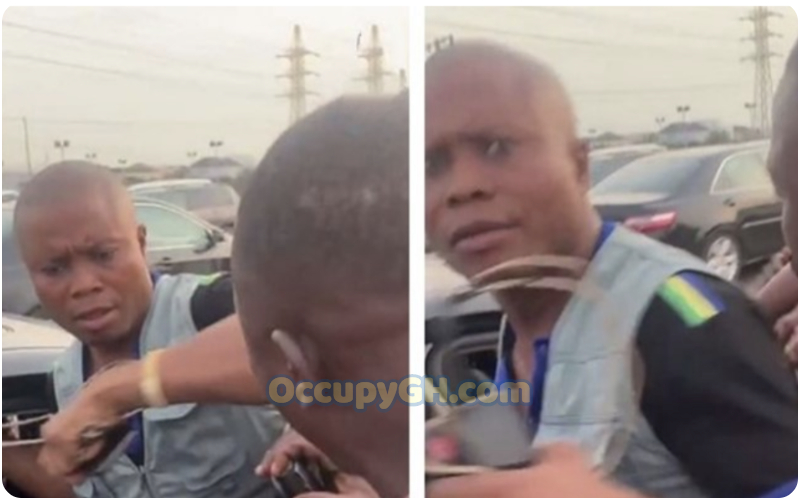 An alleged fake police officer has been mishandled by a clique of youth after he tried to extort money from them in town.

BREAKING:  "Your Father Was One Of Us" - Chaos As Masquerades Chases Church Members, Take Over Burial Rite Of Man

This reportedly happened in Lagos, the largest city in Nigeria.

According to reports gathered by occupygh.com, the alleged officer stopped a vehicle in Lagos state and attempted to collect bribes from the passengers, but they decided to alight and confront him.

Though he was dressed in a police outfit, they asked him to show his ID card to prove that he is an officer.

When he could not do that, the young men and women rough-handled him and pushed him aside.

He then brought out his phone as though he wanted to call for reinforcements, however, the passengers got into their vehicle and drove off.