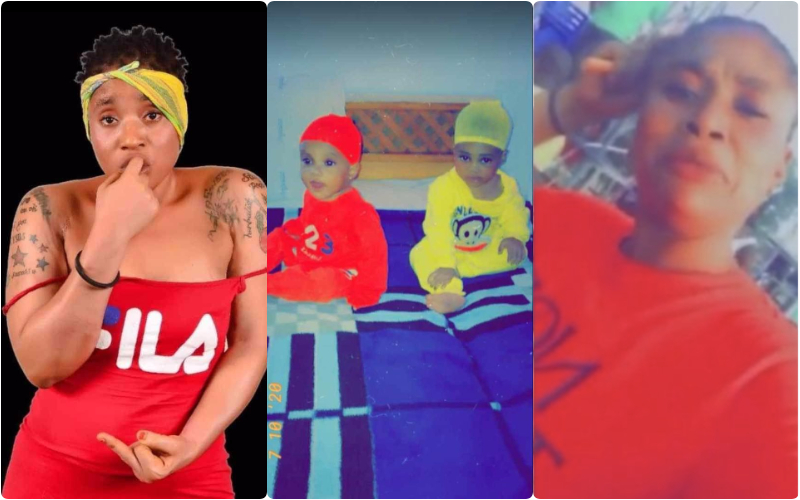 Ama Broni, the young girl who died at Liberia Camp after she reportedly twerks unclad on stage is said to have left behind three kids; twin baby girls and a boy.

Pictures of Ama Broni’ s children have since surfaced online on social media amidst news of her death.

Videos that have surfaced show that the young girl was twerking naket in an attempt to win for herself a $100 reward in a twerking challenge.

She was reportedly electrocuted after she was getting down from the stage at the carnival in Liberia Camp, Kasoa.

She was taken to the hospital but unfortunately, she did not survive the shock and was pronounced dead.

Photos of Ama Broni’s kids have now surfaced on social media as they go viral instantly.

Check out photo of Ama Broni’s kids below or visit OccupyGh.com for more stories.

In this article:Ama Broni, Kasoa