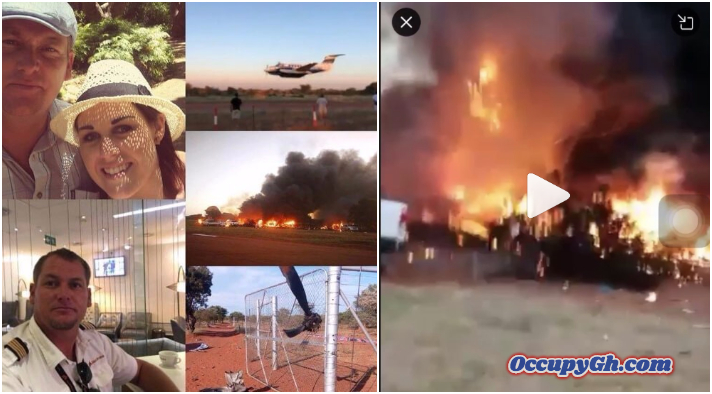 A Botswana Pilot has reportedly crashed a stolen plane into a club hosting a party in an suicide attempt to kill his wife. The man identified Charl Viljoen according to sources did that after a heated argument a day before the incident

Eye witnesses filmed the incident as the aircraft was dangerously too low, heading toward the club.

After flying to aircraft directly at the building, he died and the house got massive fire.

Fortunately no one else died as they managed to evacuate the scene but 13 cars burnt into ashes.

A party-goer told The Citizen: “He had a fight with his wife there and he actually hit his wife, and everybody told him to f*** off because you don’t treat a woman like that.”

In this article:Botswana, Charl Viljoen