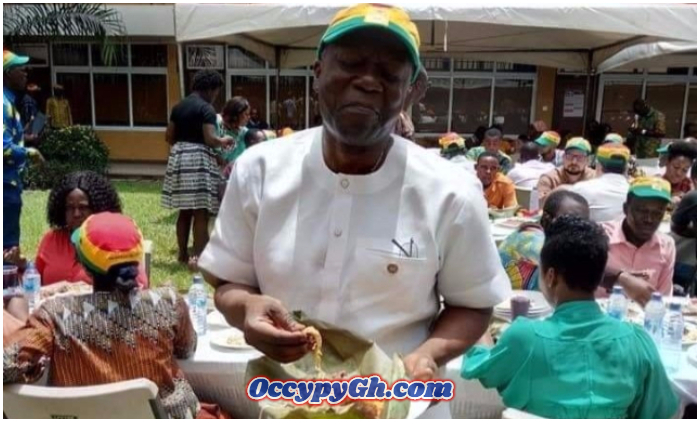 A member of the opposition National Democratic Congress (NDC) is mocking the government for celebrating the temporal appreciation of the cedi with a ‘Kenkey Party.’

Mr Joseph Yamin claims just days after the party, the cedi is being battered again by major trading currencies, especially the United States (US) dollar.

The Ministry of Finance is said to have celebrated with a ‘kenkey’ and ‘waakye’ party last Friday, when the cedi appreciated slightly against the US dollar.

A photo of the Finance Minister, Mr Ken Ofori-Atta holding local food ‘waakye’ went viral. The party was also to celebrate the successful Eurobond and the completion of the IMF-ECF programme.

But, Mr Yamin on Adom TV’s morning show, Bedwam Monday said the propaganda of the government had fallen flat in their face.

He said the government’s inability to stablise the local currency against the dollar exposes the ineptitude of the Vice President, Dr Mahamudu Bawumia.

Mr Yamin, who is also a former deputy Sports Minister, said unless the NDC is voted back to power, importers and exporters would continue to suffer.

But, as an immediate measure, he charged the government to consult the NDC for solution to the cedi depreciation.
Source: Ghana|Adomonline.com|Adwoa Gyasiwaa Agyeman