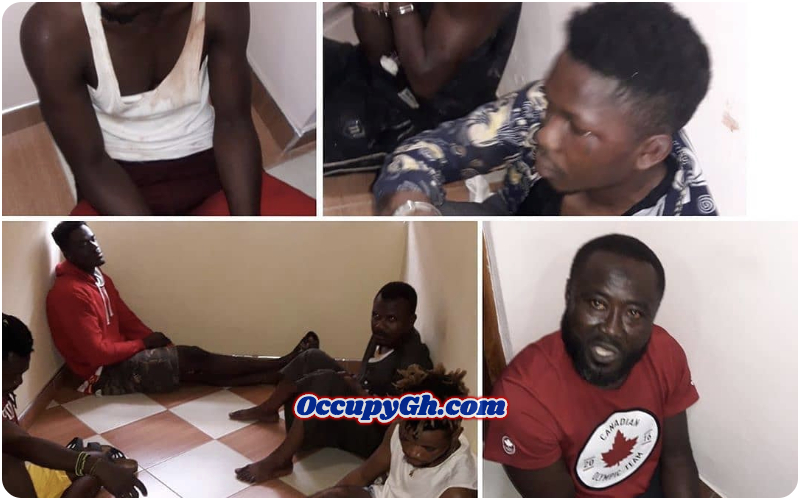 An all-Ghanaian security operation yesterday rescued the two Canadian ladies who were abducted from the gates of their hostel in the Kumasi suburb of Kenyasi.

The dawn operation, led by Col Michael Kwadwo Opoku, the National Security Coordinator, was undertaken with military precision; the timing and other details were guarded until the launch hour or H-hour.

When the squad finally made contact with their target, it drew fire from the armed gang.

Information reaching DAILY GUIDE indicates that the operatives with no intention of engaging in a firefight, as that could endanger the lives of the abducted ladies, did not return fire.

Evidence of the danger the ladies were exposed to at the moment of contact was when the leader of the gang, upon discovering that their location had been surrounded, said, “We know why you are here. If you attempt anything, we shall kill the girls”. Shortly after that, they started firing at the squad. Eventually, they were overpowered and captured.

Of the 14 persons arrested, three are Nigerians, three Fulanis and some Ghanaians, including Seidu, aka Mba, a staunch supporter of Kumasi Asante Kotoko.

Eleven of the suspects were picked up in a building located in a thick bush at Antoa Krobokrom at 11:00pm on Tuesday, where the two Canadian girls were also rescued.

The security agents, acting upon a tip-off, also apprehended three other suspects at a location at Sawaba in the Asokore Mampong Municipality at 3:00am on Wednesday.

According to credible information, the number plate of the Toyota Corolla car that the kidnappers used to kidnap the two girls played a role in the overall operation.

A CCTV at the hostel where the two girls were kidnapped reportedly captured the number plate of the Toyota Corolla of the kidnappers on the day of the incident.

The number plate was blurred and so the National Security Operatives from Accra relied on some modern gadgets to decipher the state of the details.

In the heat of the euphoria, social media became heated with both truths and untruths making the rounds. It was reported on social media that a certain Seidu Mba was arrested, with some even referring to him as leader of the criminals. They added that he is a member of the Delta Force – a vigilante group associated with the New Patriotic Party (NPP).

However, it turned out later that the man was neither a member of Delta Force nor NPP as the propaganda which went viral sought to imply.

He is said to be a staunch Asante Kotoko supporter and once led a group of supporters to chase out a coach from a field of play.

Seidu reportedly failed to give that particular boy his fair share of a deal they brokered, and this infuriated him to the point where he decided to assist the police with the intelligence they needed for the Wednesday operation.

One Suspect At Large

One key suspect in the kidnapping of the Canadian girls managed to escape arrest and police are on his heels.

The two Canadians were soon after their release sent for medical attention and psychological tests in an Accra medical facility after the torturous moments at the hands of their captors.

Seidu’s implication in the abduction story is said to have shocked the police because he has been an informant of the law enforcement agency in the Ashanti Region for many years.

Seidu owns a boutique at the Aboabo Post Office area and rubs shoulders with important personalities in Kumasi.

At the time of filing this report yesterday, the criminals were due to be brought to Accra for further action by the security agencies. The expected multi-sectoral investigation is expected to involve National Security Operatives, the Criminal Investigations Department (CID), the Bureau of National Investigations (BNI) and the Ghana Immigration Service (GIS).

The motive of the abduction was monetary as the report from Kumasi indicated.

According to reports, the kidnappers engaged the families of the two girls in a conversation with the hope of milking money from them.

A credible police source also said he suspected that the kidnappers had the motive of holding the girls in their hideout for some time until they received a ransom.

The two Canadian girls ? Lauren Patricia Catherine Tilley, 19, and Bailey Jordan Chitty, 20 ? were abducted on June 4, 2019, while returning to their hostel from a youth development programme organised by Youth Challenge International.

According to him, five Ghanaians and three Nigerians are currently in custody, adding that contrary to speculations, there was no foreign security operative involved in the operation.

He said the operation was an integrated one involving the CID, Defence Intelligence, SWAT and the BNI.

As stated in a preceding paragraph, gunfire came from the compound where the criminals and their captives were. He disclosed that a Ghanaian provided accommodation for the criminals.

The minister explained that the Canadian security experts were only in town to explore ways in which they could help to rescue the girls, but it was not necessary because their Ghanaian counterparts could handle it.

At the end of the operation, the two Nigerians holding the Canadians were subdued and the third Nigerian arrested later.

In this article:Canada, Crime, Nigeria