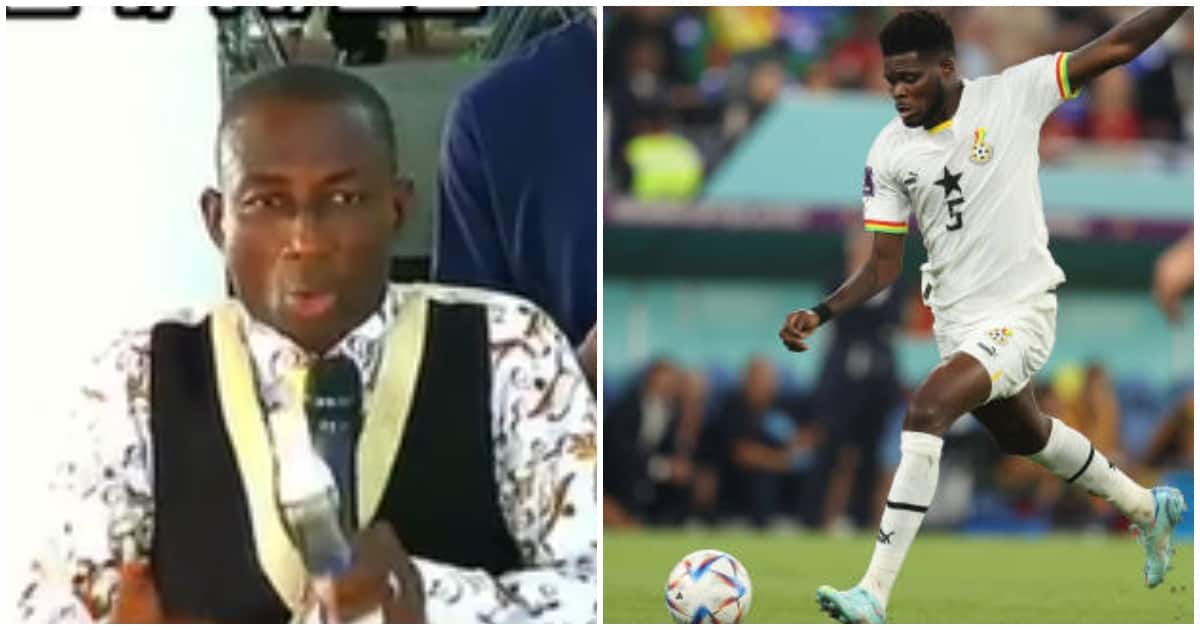 The clergyman claims that Thomas Partey of Arsenal should have been selected as the squad’s actual captain, which would have prevented the senior national side, the Black Stars, from losing to Portugal in the World Cup’s opening group match.

Additionally, he claimed that two of the players who entered the game with terrible luck also contributed to our loss.

Although he omitted to name the supposedly unlucky players, some social media users have come up with specific names and dubbed them the Blackstars’ archenemy.

Many Ghanaians who have expressed interest in his prophecy have urged him to identify the two players if he is confident enough to do so and believes what he is saying to be true.

BREAKING:  ALA! Reactions From Ghanaians On Thomas Partey's Alleged New Relationship With A White Woman

Others are also calling him names for attempting to undermine the team’s morale before Monday’s match against South Korea.

Thomas Partey serves as the senior national team’s deputy captain at the moment.

He was the one responsible for Ghana’s grueling 1-1 road draw against Nigeria in March, which helped the country qualify for the World Cup championships in Qatar.

SEE ALSO: SHOCKER! Ronaldo Putting Something Into His Mouth During Ghana Game (Video)