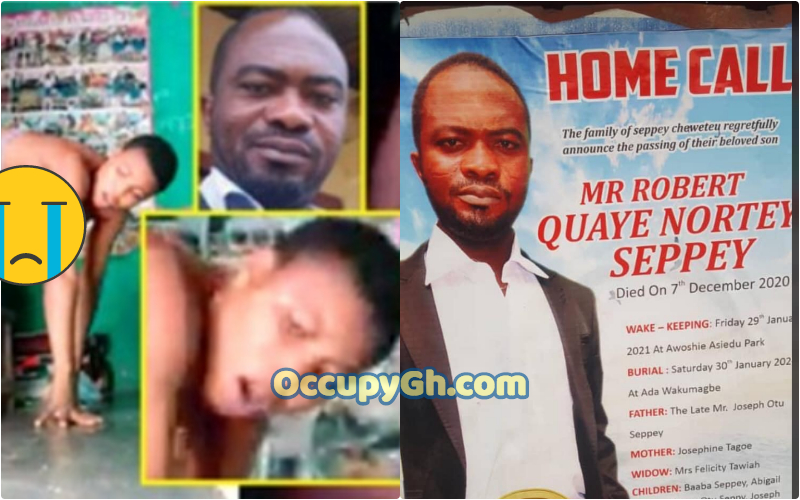 The family of ‘Kitchen Stool Headmaster’ has confirmed his death as flyers indicating that his funeral will come off tomorrow surfaces.

He went viral last year after a viral video that captures a young girl of his school, Priscilla kneeling on a kitchen stool while Mr. Seppey stood behind her chopping the hell from her surface.

Mr. Robert Notey Seppey was subsequently sacked by the authorities who sanctioned him as well.

BREAKING:  Woman Goes To Son's Grave To Summon TikToker Who Accused Her Of Killing Son For 50,000 Euros Insurance (VIDEO)

Following his death, flyers indicating that his funeral will be organized tomorrow has surfaced online.

Check out the flyers privy to occupyGh.com below or visit OccupyGh.com for more stories.