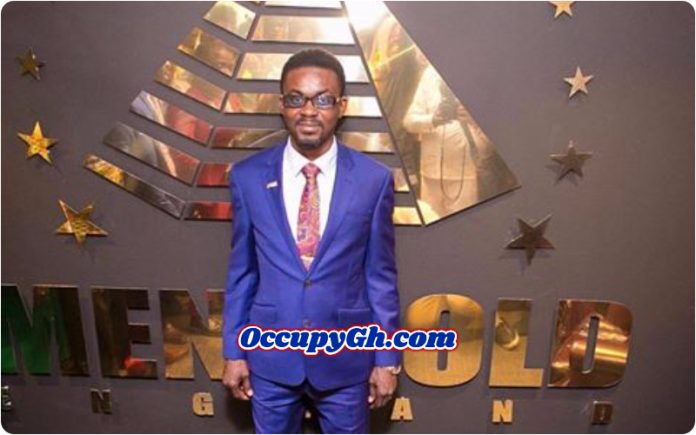 A press statement from management of Menzgold has followed today after the released of Nana Appiah Mensah, CEO of embattled gold dealership firm.

Nana Appiah Mensah aka NAM1 was released on bailed yesterday as reported by OccupyGh.com.

Earlier today, Nii Armah Amartefio talking on a call-in session interview on 3News revealed that Menzgold is committed to pay customers their principal as per a press released last year.

He also revealed that, although their CEO NAM1 has been released on bail, he is currently taking rest, indicating that management of the gold firm has officially not met yet.

In developing story, a press statement has been released by Menzgold management, signed by NII AMARH AMARTEIFIO.

Read:  If Nana Addo dies I will kill myself and join him- Bulldog | VIDEO

In a bulletin style, the informed the general public the release of their CEO and subsequently thanked the various interested parties including the legal team that handled the court battles both in Ghana and in Dubai.

Checkout a snapshot of the press statement from menzgold below and don’t forget to share to inform.

February 19, 2020
US President Donald Trump has said that the popular Bible literature ‘My Book Of Bible Stories’ published by the Watch Tower Bible and Tract...

COVID-19 Is The Start Of The End Time – Bishop Oyedepo

Nigerian Pastor Donates His Churches For Use As COVID-19 Isolation Center,...