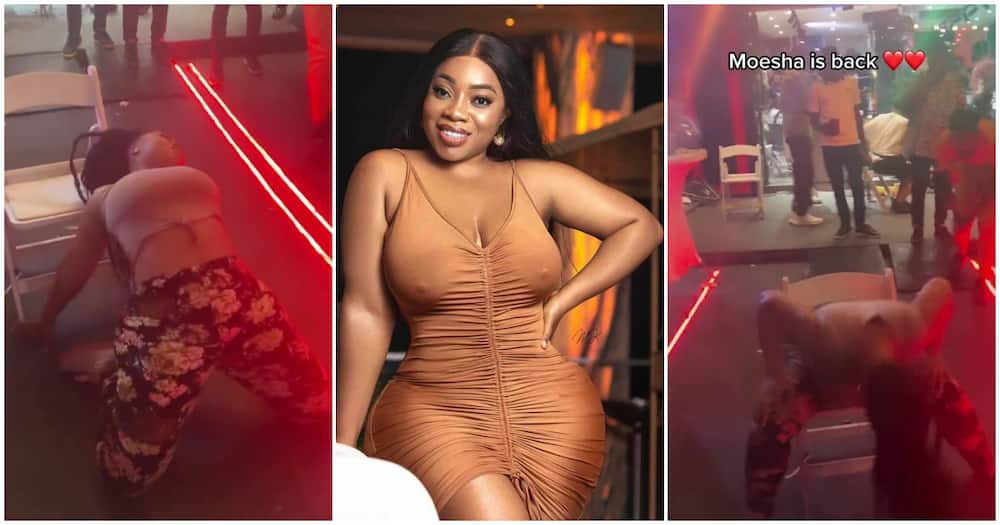 People are speculating as to whether Moesha Boduong, the socialite and actress, is indeed okay after seeing a recent video of her on social media.

A few weeks back, Moesha was caught on camera twerking, moaning her waist, and dancing in a nightclub.

Although there is nothing wrong with the way she dances, concerns were raised regarding her well-being.

This took on significant significance as she stated that since she had surrendered her life to Christ and was now a new creature, she was letting go of all the negative aspects of her previous existence.

She apologized after the video went viral, stating that she has grown to like dancing and that she always hits the dance floor when a piece of music is played.

She made a vow to never let that happen again, but it appears that her newfound love has overcome her.

BREAKING:  I'm Sorry For The Video - Moesha Boduong Apologizes For Her Viral Video

The former slay queen can be seen hitting the dance floor once more and dancing as if there’s no tomorrow in a brand-new video that has resurfaced on social media.

READ ALSO: $1 Would Have Reached 48ghc If NDC Was In Power: Energy Minister Alleges

In this article:dancing at a nightclub, Moesha Boduong