OccupyGh.com has gathered information which indicates that the Chief Executive Officer of Menzgold, Nana Appiah Mensah has been arrested again shortly after he won his case.

According to reports, NAM1 was arrested after he won his court case in Dubai where the company he had issues with was asked to pay all outstanding debt they owed him.

The Public Relations Officer of the gold trading firm, Nii Armah Amartefio affirmed the news in an interview.

“He was re-arrested in Dubai. This was after the Interpol in Ghana issued an alert that he was being investigated”, the PRO disclosed.

On 9th April, the embattled CEO was pronounced not guilty by Dubai court and ordered the company that filed the fraud case against NAM1, Royal Horizon to pay him his 39 million dollars.

NAM1 then took to Instagram to give praise to God for being with him through these tough times.

He wrote; “Jesus Christ is the same yesterday, today and forever”.

This comment by NAM1 offered a ray of hope to Menzgold customers who felt they will finally be receiving their locked up cash.

However, that hope has been shattered as Nana Appiah Mensah has been arrested again. 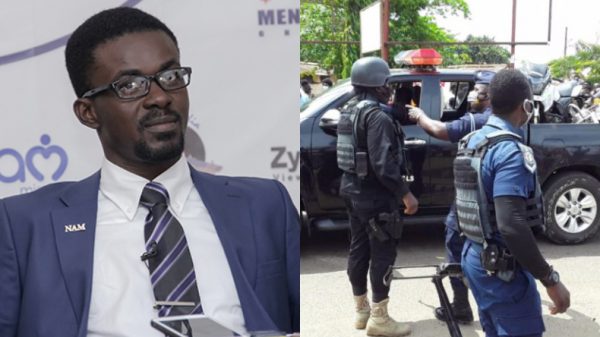 A recent ruling by the Adentan Circuit Court has bench a warrant for the arrest of Nana Appiah Mensah aka NAM1, CEO of embattled...

A netizen has put across on social media a question they believe is on the lips of many Ghanaians and yet has not been...

Zylofone media highlife signee, Kumi Guitar has been been involved in a fatal accident with a track on the Nsawam to Accra stretch. In...