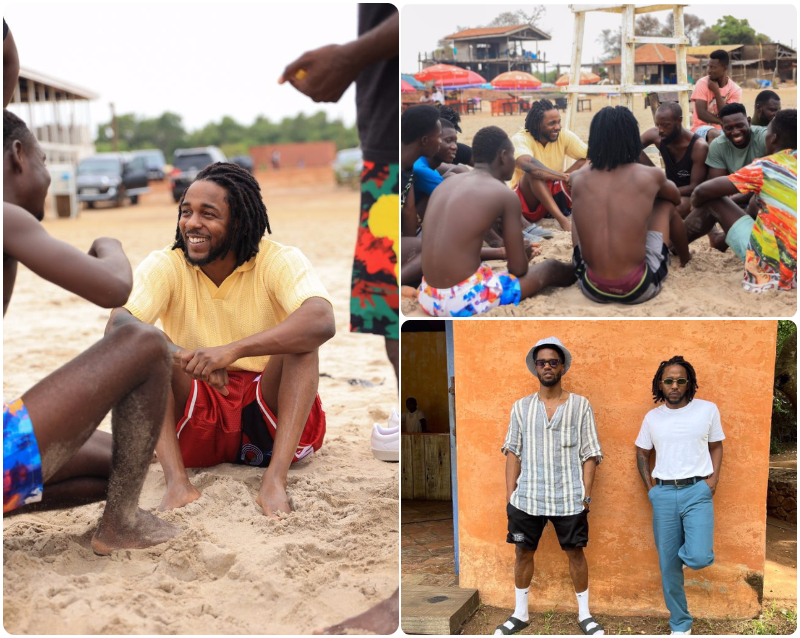 The real reason as to why USA rap mogul Kendrick Lamar is in Ghana has finally been uncovered.

Kendrick Lamar is in Ghana to shoot a documentary for his newly released album – ‘Mr. Morale & the Big Steppers’.

This was confirmed by The Diaspora Affairs, Office of the President on their Facebook page Tuesday.

The celebrated American rapper arrived in the country last week prior to the album’s release and has been spotted at various locations across the city.

He visited the Freedom Skate Park, played football with children in Jamestown, and posed with fans in galleries that have since gone viral on social media.

Kendrick Lamar has also been promoting his new album with commercial vehicles known in Ghana as ‘trotro’.

Meanwhile, The Diaspora Affairs, Office of the President which supported Kendrick recognised the importance of Arts, Culture, Music.

Deputy Director, Dr. Nadia Musah was seen with Kendrick, adorned with a Beyond The Return sash, as he prepared to conduct interviews following the release of the album.

Throwing light on his visit, The Diaspora Affairs Office wrote:

This visit is significant because we want the Global African & Afro Descendant family to recognize Ghana as the ‘gateway to the ‘motherland” or ”the Black Mecca” where one can reignite their passions, inspirations and connect with people; where one can launch an album, a book, an exhibition, a culinary experience and much much more.

To Kendrick Lamar, his beautiful family, his team and friends, and to our Diaspora we say Akwaaba! The post read.

In this article:Instagram, Kendrick Lamar, USA