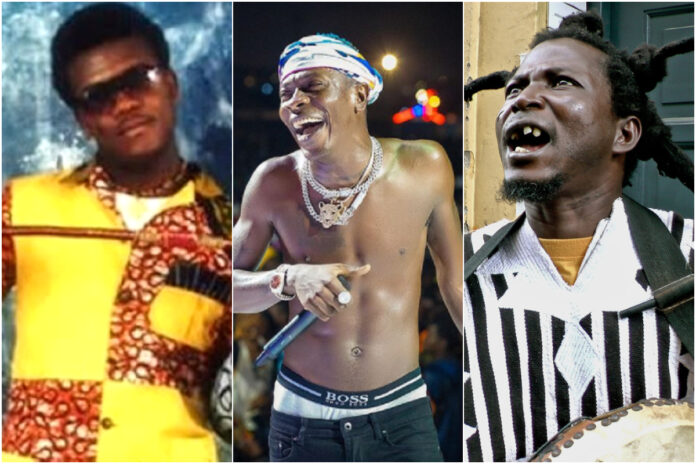 According to King Ayisoba, a well-known Kologo musician, Shatta Wale is a dancehall artist who carries the essence of the late musician Terry Bonchaka.

After going to play at the Legon campus more than ten years ago, the late Terry Bonchaka kicked the Bucket before dying in a horrific accident on the Accra Motorway.

Shatta Wale worked with the late Terry Bonchaka before his tragic demise, hence, he absorbed Terry Bonchaka’s spirit, according to King Ayisoba when discussing the performance and energy of Shatta Wale.

Below are King Ayisoba’s words:

“Terry Bonchaka and Shatta Wale worked together before. And I thank God for the way Shatta Wale has made it through Dancehall music.

According to King Ayisoba, if Terry Bonchaka hadn’t passed away, he would have outperformed Shatta Wale both in terms of success and failure.

“You see the way Shatta Wale has made Ghana proud? He is still Shatta Wale after 15 years in the industry. It is the same thing Terry Bonchaka would have done,”  he added.

READ MORE: OH! Xandy Kamel Now Reduced To Fooling On Tiktok Just For This Reason (Reason+ VIDEO Will Shock You)