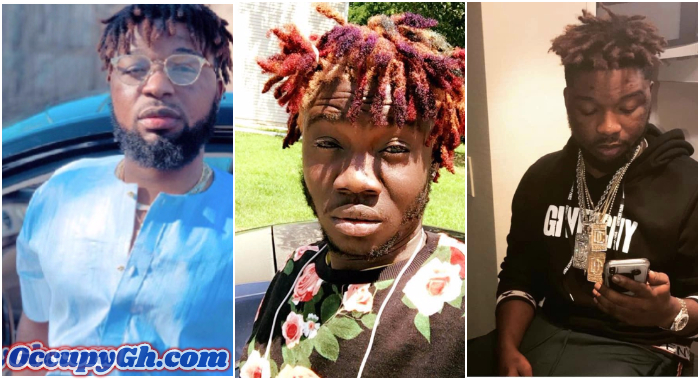 The news went viral today that Junior US, the ‘brother’ of Dancehall artiste, Shatta Wale based in the USA who got into a fight with AMG’s Showboy which landed Showboy in jail has been shot dead.

He was shot dead at his house yesterday evening, 18th April 2019 by unknown gunmen. From what have gathered, his body was discovered hours later after he was shot dead. Junior US died instantly.

A lot of questions have been raised as to what could have led to the death of Nana Yaw Opoku aka Junior US. In the heat of the debate, a shocking video has popped up.

In the video, Junior US was telling Stanley Kodia aka KOD that, Showby before being jailed had threatened to shoot him dead if he is ever convicted.

Junior US explained that Showboy did not only keep the threats between them, but he also kept making these threats on social media too.

This explosive video has got many people thinking and wondering if Showboy had a hand in the death of Junior US. Until the police will be done with their investigations, we can only speculate.