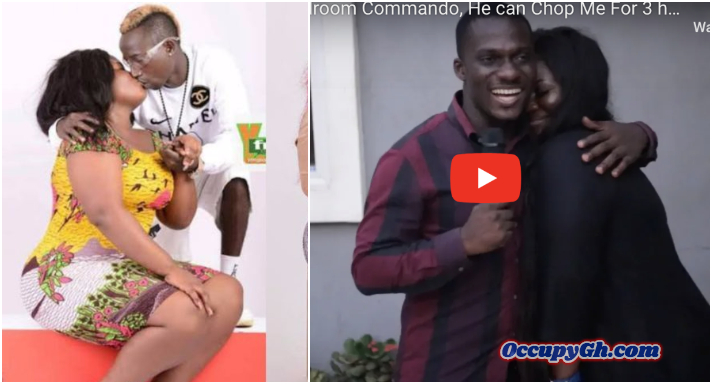 For the past few days, several videos of Patapaa have gone viral and it looks like the One Corner hitmaker is in some kind of trouble. (Video below)

Before leaving Ghana for Europe, he gave his girlfriend known as Queen Peezy, a promise ring; one that was an assurance that he loves and will marry her.

Now that these videos of his white girlfriend have popped up, we are asking what better explanation Patapaa will give his girlfriend when he returns back to Ghana.

The lady in a recent interview with Zionfelix revealed that Patapaa is a beast in bed and can ’chew’ her for 3 hours nonstop.

She also made mention that Patapaa is a very caring guy and takes very good care of her; which means that should he give a better explanation when he returns to Ghana, she will gladly accept him back into her life.

BREAKING:  Zionfelix And I Are No Longer In A Relationship: Minalyn Reveals

Queen Peezy who confirmed reports that she she wept like a baby because she was heart-broken said she contacted Patapaa right after seeing the videos online but all he could say was that he will be returning to Ghana by ending of March hence will explain everything to her.

She is really in love with Patapaa and we really hope the purpose of the viral videos were just for fame.