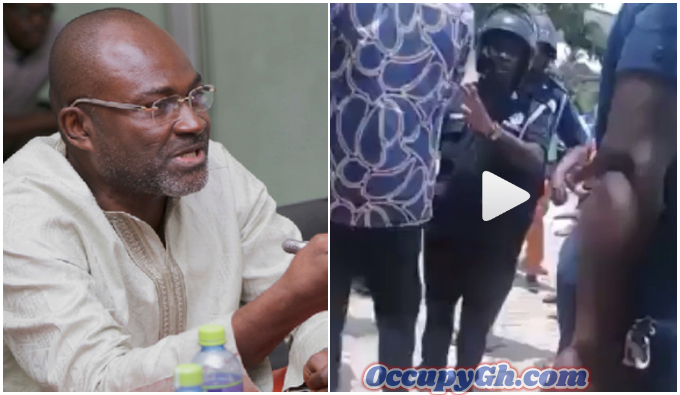 Hon. Kennedy Ohene Agyapong, Assin Central minister has been seen in a video attempting to assault the Deputy Commissioner of Police, DCOP Mr. Paul Manly Awini who is the Central Region Police Commander today during the University of Education, Winneba (UEW) riot. (Video below)

The video shows angry Kennedy Agyapong for unknown reasons charged on the police commander and warned him to be careful or he will make him lose his job.

A peaceful demonstration by the students of University of Education, Winneba to protest the dismissal of some lecturers of the school and also to demand the dismissal of the Vice Chancellor of the university turned bloody today, 14th March 2019.

Police present on the campus fired tear gas into the angry student demonstrators leading to more chaos. The University as at now has been closed down indefinitely.

In this article:Central Region, Kennedy Agyapong, University of Education Winneba