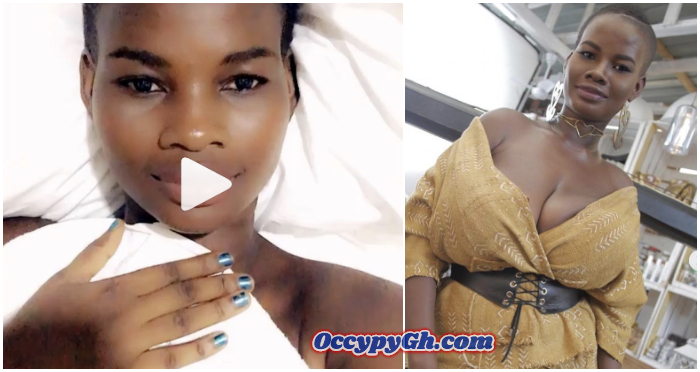 Pamela Odame Watara is known for two things primarily— that fact that she ‘lied’ to Ghanaians about her Educational background and her ever conspicuous twin towers.

It is most significant on her body and one cannot avoid seeing or looking at them no matter how hard they try.

According to the Instagram model, she still cannot fathom how she ended up with those huge juicy melons. She claims her left b00b was bigger when she was just 16 whilst the right remained flat.

“When I attained 16, my left breast was big and the right one was flat. My mother took me to the new Dorma Municipal Hospital where the doctor examined and said there was nothing wrong. Those days to hide the size of the left one, I had to pimp the other with a cushion so they will be at level”, she revealed.

According to her, she started seeing the development of the right just as the doctor had said between six to eight months after her visit to the hospital.

“The doctor after pressing and examining it assured us that the other one will develop. Between six and eight months later I started seeing signs of development as we were told by the doctor.”

JOIN US on WhatsApp For More Videos Like This

In this article:Instagram, Pamela Odame